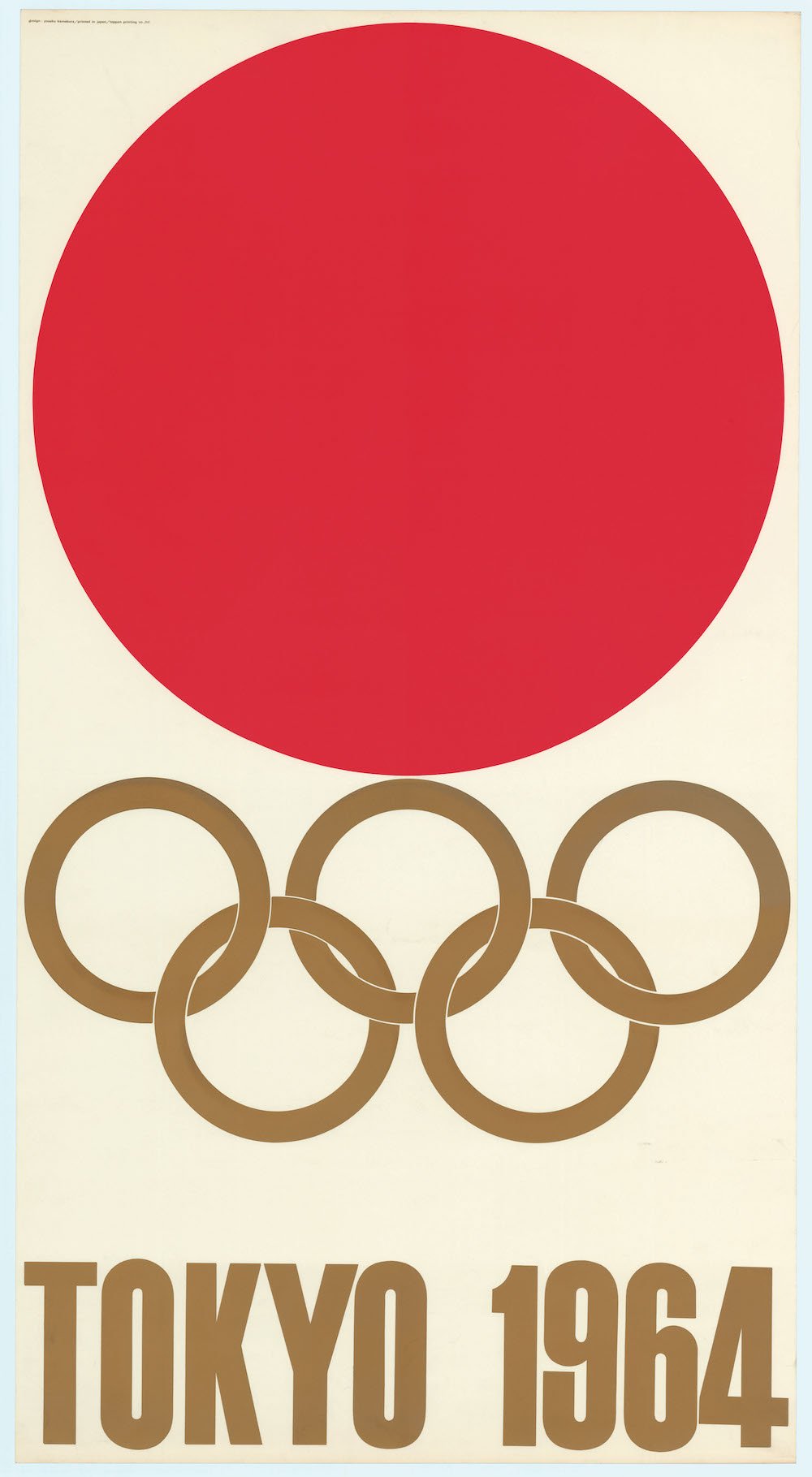 Branding was fundamental to the success of the 1964 Tokyo Olympic Games. It involved a bold vision and a clear visual direction communicated through logotype, typography, artwork and pictograms, and extending to radical architecture and urban planning. This was a seminal moment for Japan. In the aftermath of World War II, the Games presented itself as the perfect stage for the nation to re-emerge on the international scene as open, creative and progressive.

A new exhibition at Japan House London explores the phenomenal cultural impact the Tokyo Olympic had and still has on the country. Through original objects, advertising posters and artwork, architectural models, photographs and films, Tokyo 1964: Designing Tomorrow tells the compelling story of a nation embracing change.

Preparations began as soon as Tokyo won the competition to stage the event in 1959. A committee involving some of the country’s most radical architects, designers and filmmakers was set up and a ‘World Design Conference’ was organised to include voices from outside of Japan. A government initiative, it was attended by many of the leading global figures in architecture and design including Louis Kahn, Jean Prouvé, Paul Rudolph, Jösef Müller-Brockmann, Paul Rand, Max Huber, Otl Aicher and Saul Bass. 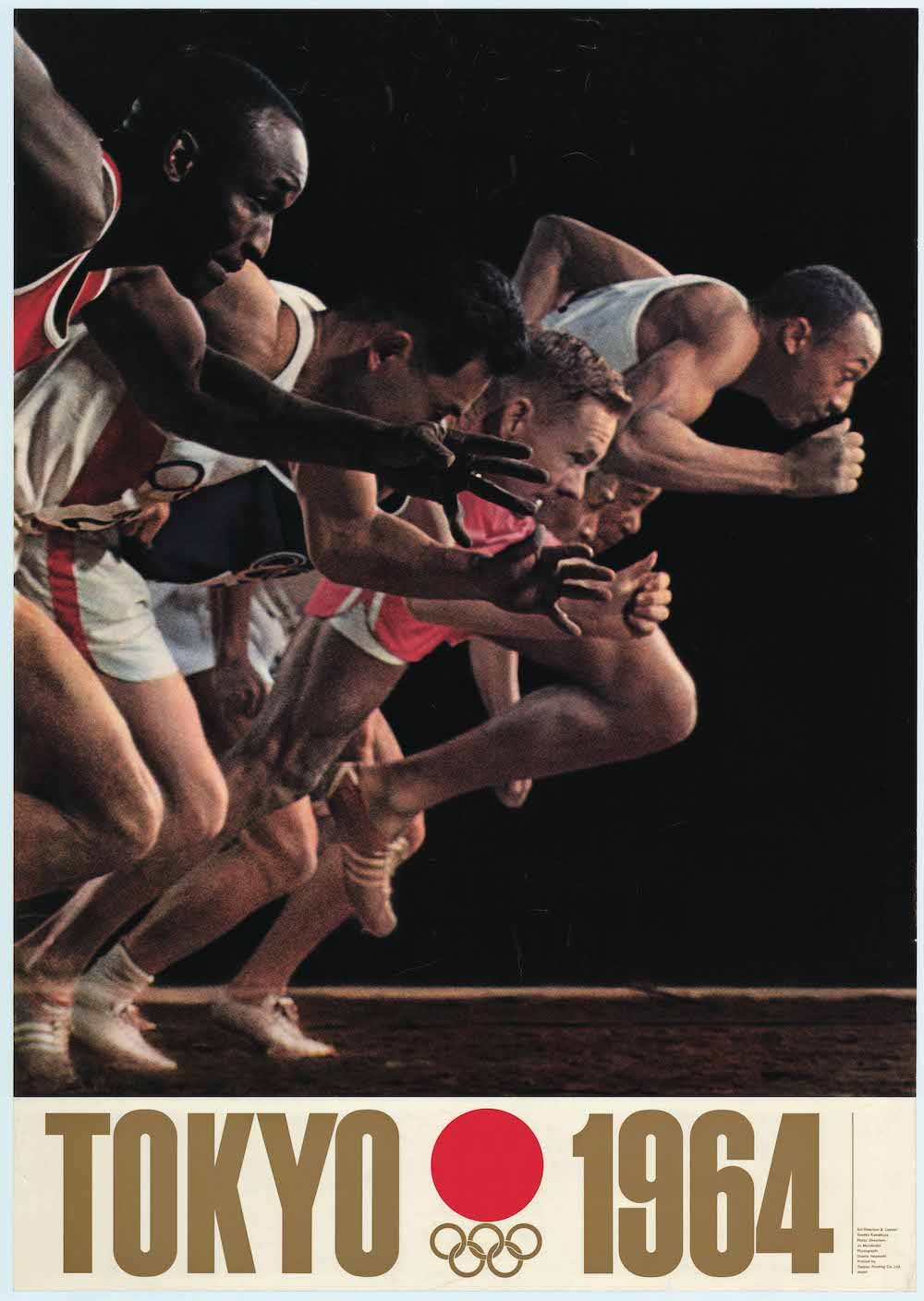 It was at this historical conference where the Metabolism manifesto was conceived. This avant-garde architectural movement promoted the idea of flexible cities as a reflection of progress, arguing for cities and buildings to be dynamic and ever-evolving entities. Metabolism proposed the need for fluidity to be built into the urban structure – interestingly a concept that happens to be at the forefront of debate today as we emerge from the current health crisis. The architecture of the 1964 Games was one of the first manifestations of this ideology.

Crucial to preparation work for the event was re-imagining a new urban landscape for Tokyo with elevated super-highways to embrace the motor car as a symbol of progress. Even the radical stadium complex was clearly car friendly. The Olympic Memorial Tower and Yoyogi National Stadium, by illustrious Japanese architects Ashihara Nobuyoshi and Tange Kenzō respectively, were hugely cutting-edge and complex in construction. The stacked brutalist silhouette of the Tower and dramatic suspended roof of Yoyogi placed Japan at the forefront of debates surrounding modernism for decades to come. Meanwhile, the high-speed Tōkaidō Shinkansen was launched to connect distant regions to the capital as well as showcase Japanese advancements. It was all so advanced and exciting for the world to observe. 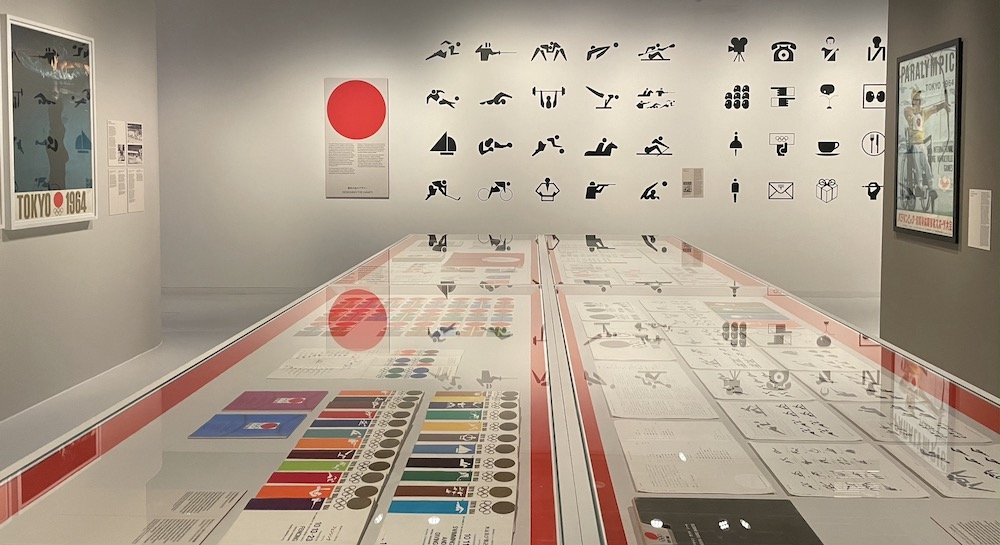 The optimistic mood leading up to the Games encouraged the creatives involved to be inventive and original. For instance, the celebrated graphic designer, Kamekura Yūsaku, worked with photographic images for his promotional posters – a first at an Olympic event. Elsewhere, since the use of a consistent typeface was essential to a coherent identity system, the graphics team at Tokyo worked with Helvetica for its clean, modern style. And as few attending the Games would have ever been to Japan, to combat the language barrier, they created simple silhouette style pictograms for the various sports and facilities, as well as city guidebooks in the English language.

The Tokyo Games pioneered many ideas that became the norm at subsequent Olympics. Precision timepiece maker Seiko became the official timer of the Games, a position previously reserved for established Swiss watchmakers. The 1964 Olympics were also the first to be televised worldwide live via Syncon 3, the world’s first geostationary satellite. These feats helped secure the international reputation of Japanese manufacturing for the future.

The 1964 Tokyo Olympic Games succeeded in signifying a new dawn for Japan. Thanks to the strength of its branding, the message came across loud and clear: this is a nation with a distinct creative expression and technological know-how. The inventive collage technique employed by the filmmaker Ichikawa Kon in his documentary of the event Tokyo Olympiad (see above), which won the BAFTA film awards, perfectly captures the spirit of 1964. ‘The opportunity to host the Games allowed Japan’s innovative architects, designers and engineers to blossom on the international stage,’ says Simon Wright, director of programming at Japan House London. ‘The Games provided a focal point for the whole nation to look towards regeneration and creating a new international face.’ 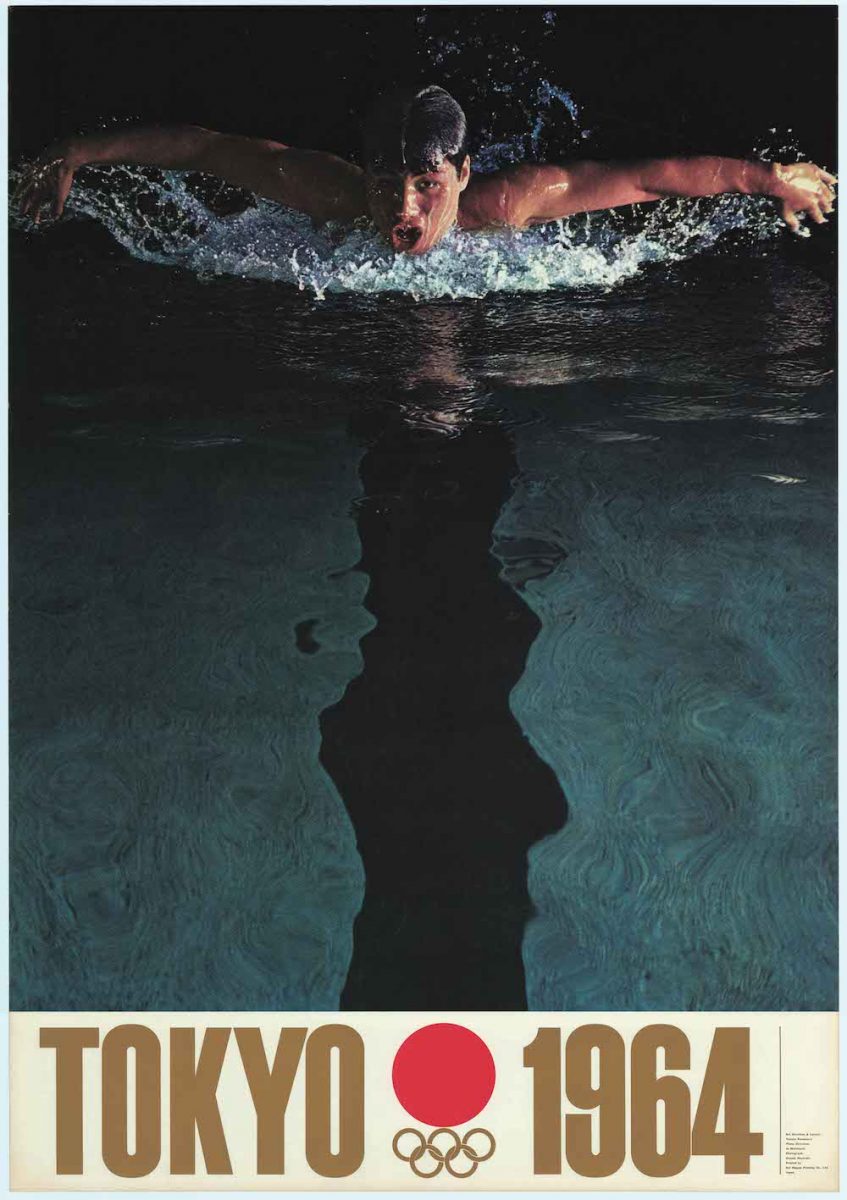