Takenobu Igarashi explores typography beyond the limits and borders of their two-dimensional form. He elevates graphics from design to art. Since the 1970s, the Japanese designer has been painstakingly exploring the possibilities of three-dimensional typography. His bold, sculptural letterforms have been celebrated on magazines covers, posters on record sleeves around the world. They introduce new ways of expressing symbols and of visual communication.

A new book celebrates the work of this visionary graphic designer. ‘Takenobu Igarashi: A-Z‘ is an exhaustive guide to his life’s work, his experiments with typography and his methodology. It features his celebrated print and physical works, designs published for the first time, as well as archival plans, drawings and production drafts which reveal the process of thinking and making.

Igarashi’s quest to create a new language for graphic design can be told alongside that of Japan finding its place in the world following World War Two. As the country emerged from post-war destruction, graphic design started to play an increasingly pivotal role in signifying and communicating the country’s position on the global industrial map. The success of the 1964 Olympics Games and the 1970 Osaka Expo opened doors for local industry to explore the world market, and these brands needed visual expression. 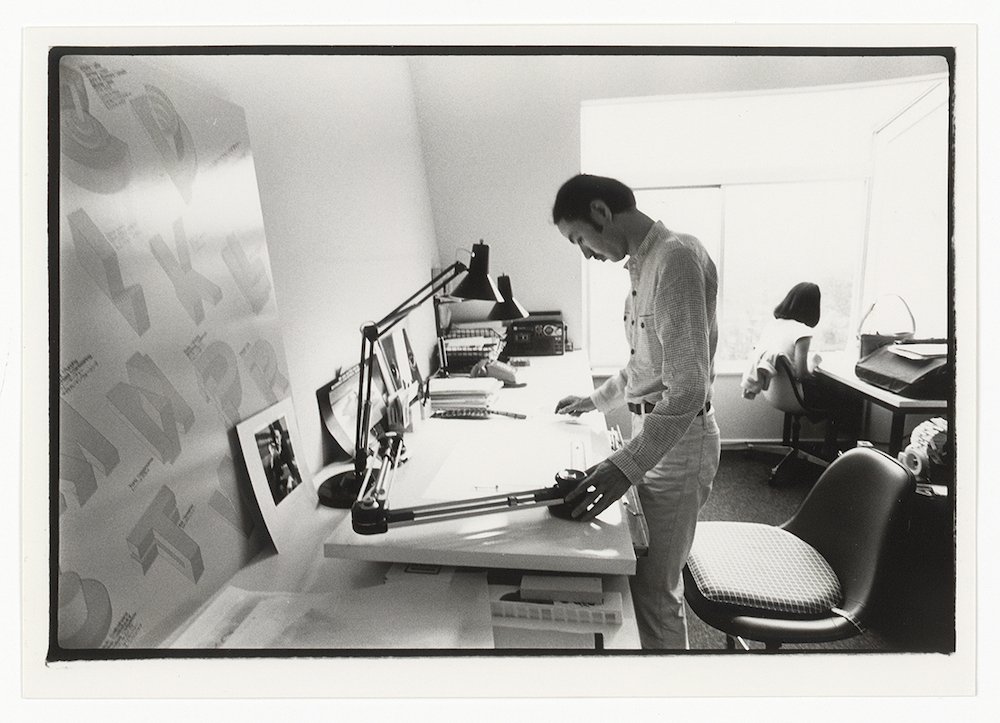 Many Japanese designers observed international artistic movements. They looked to the formalist experimentations of modernism as well as crazier avant-garde movements. Yet the Japanese school of design also had its own characteristics, rooted in traditional theories and aesthetics. Colour compositions and harmonies found in Japanese art, for instance, guided the graphics, as did the focus on craft, and the tradition of the family crest which impacted on trademark design.

As the word began to take note of Japanese products, the graphic scene found further confidence with its own expression. Many designers observed and borrowed iconography and idioms from mass media, from Japanese comic books and animation – manga and anime. Others worked with complex colour combinations and textures to create otherworldly, almost poetic imagery.

By the 1970s, post-modernism had entered the design scene. Late modernism had become part of the establishment, the language of corporate culture, with the International Typographic Style seen as too academic and dull. The new breed of Japanese graphic artists began to rebel against modernism – eschew traditional grid patterns in favour of free forms and personal expression. And it was to this backdrop where Takenobu Igarashi began his typology experimentations. 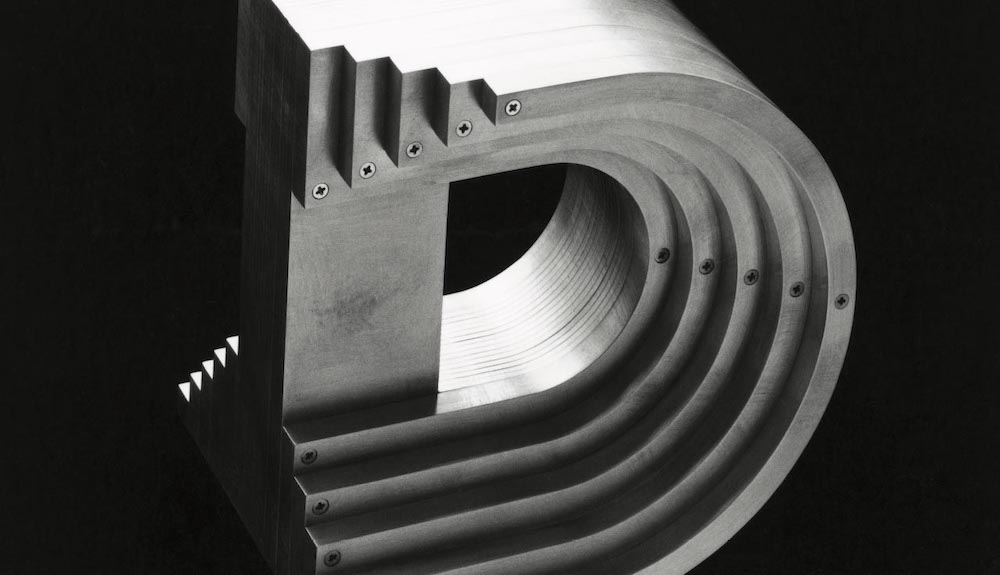 Born in Tagikawa City, Hokkaido in 1944, Igarashi’s visual world was dominated by America and its wealth of products and bold colours. ‘Japan Became a defeated country shortly after I was born,’ he writes in the preface to the book. ‘The colourful American culture symbolised abundance and freedom. Immersing myself in the world of alphabets overlapped with dreaming of the future.’

The young Igarashi became fascinated by the bold graphics of Hershey chocolate bars and Lucky Strike cigarettes which the American forces, positioned in Japan after the war, would often use as part payment at his parents’ shop. He says of the impact, ‘they emanated a magical shine that captured my young heart.’ It was around this time when the Roman alphabet became a subject of interest for its relative simplicity compared to the complexity of Japanese characters. ‘Composed of basic geometric figures, it has a fascinatingly simple structure which makes even the most complex expression possible.’

Igarashi studied at the Tama Art University in the 1960s under the influential graphic designer Akio Kanda. His ‘Pure Graphics’ course introduced the young Igarashi to experimental methods for planar construction and spatial quality which set the foundation for his typographic practice. It was here that he became familiar with the groundbreaking work of Paul Rand and his IBM and Chase Manhattan Bank corporate identities. Later, moving to Los Angeles to complete his studies at UCLA, Igarashi met another mentor Mitsuru Kataoka, a pioneer of cutting-edge technology in design practice. In the US he explored the Roman alphabet further and became familiarised with Arabic numerals. 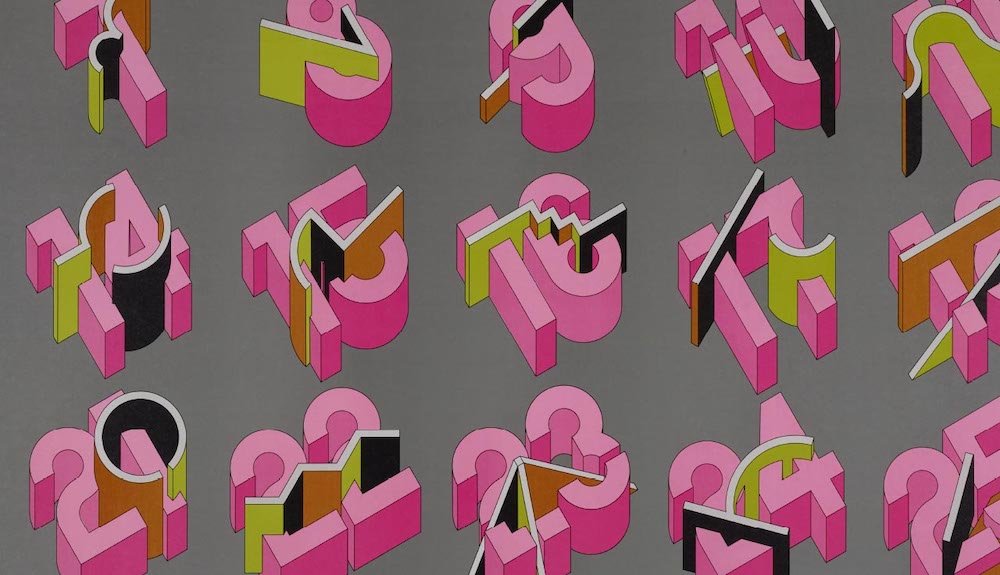 On returning to Tokyo in the 1970s, Igarashi set up an independent design studio where, working with the fundamental principles of graphic design, he started to explore the possibilities in alphabets. He says he began using the axonometric method to draw three-dimensional alphabets. ‘My strong urge to free myself from conventional rules and to go beyond the drawing methods that were technically possible at that time opened up doors to a new world of creating form in infinite variations,’ he says. Ultimately, Igarashi wanted to liberate lettering from the limits of communicative functionality.

He compares his three-dimensional letters to architecture. These are small meticulously constructed buildings where the axonometric method is guided by three axes – instead of two – so as to allow letters to appear three-dimensional. The essential geometries of the alphabet – circle, triangle, and square – are the building blocks. He explains: ‘The circle as a symbol of perfection is frequently used in composition for the formative nature of a circle’s centre point. The triangle serves directly as an expression of its powerful shape; and the square, with its capacity for space, is a typical framework for design.’ For the international construction ‘Expo ‘85’ in 1982, his poster literally turns letters into structural forms. 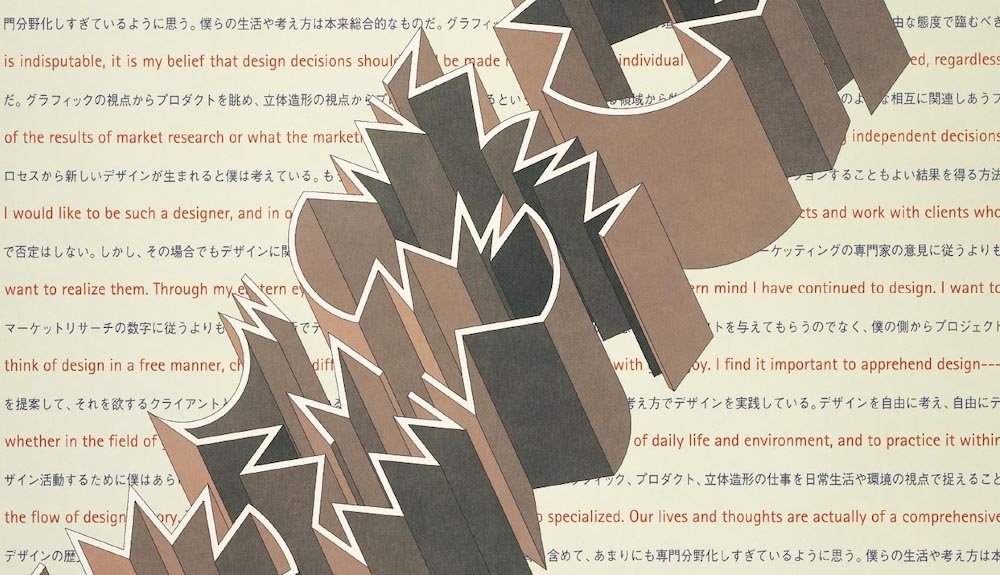 Igarashi’s process is layered. First comes the initial concept, then the idea, followed by form and finally colour. His desire, he writes in ‘A-Z’ is to ‘free colour from the constraints of design’. Igarashi concludes in the preface: ‘The answer to: “Why alphabets?” seems obvious. L§etters do not need thickness. My heart leaps to the challenge of creating this “non-existent thing”. Without being caught in convention, can a three-dimensional alphabet with surrounding space obtain “ma”, or space for inspiration?… In the journey of making, there is no terminus.’ 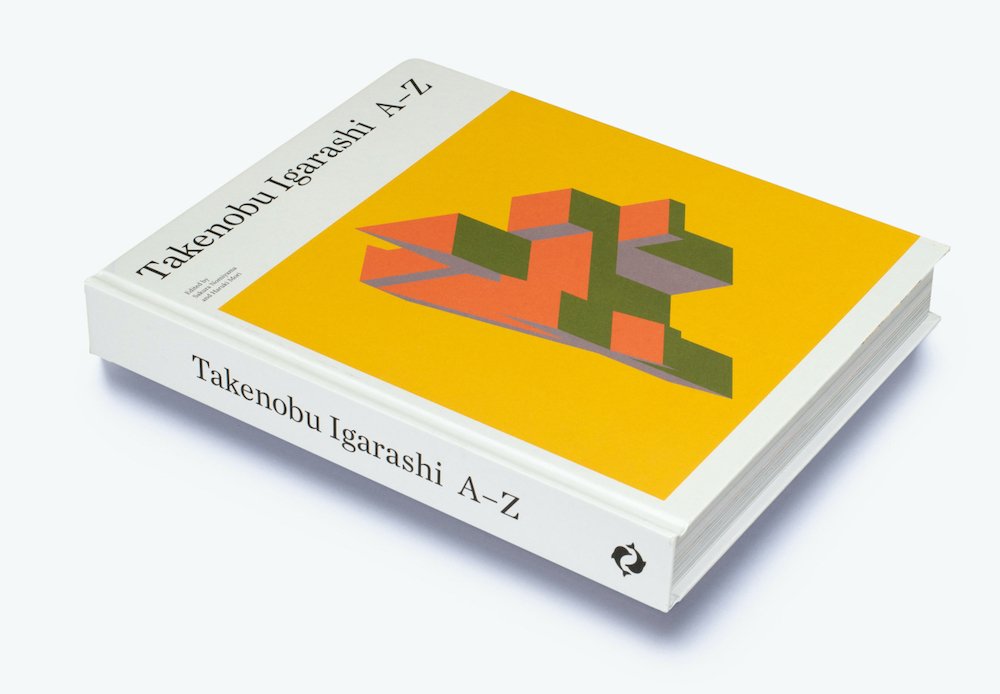