Richard Rogers reflects on a life in architecture

The idea was to create and construct an arts complex in the middle of a deprived neighbourhood in Paris. The year was 1971 and the Centre Pompidou competition attracted the international architectural elite. Within the proposals was one from a couple of young London-based architects, both fresh in their careers. The two friends, Richard Rogers and Renzo Piano, proposed a flexible structure with a public piazza at its centre. Their bold and brilliant left-field concept of exposed structures and tubes, painted in bold colours came with a strong utopian vision. It rebelled against art institutions as temples for high culture. Instead, the Pompidou’s design was driven by Rogers’ philosophy of adaptability, affordability, and colour.

He and Piano were taken by complete surprise when news of their win came that July. Up until then, they had been designing minor residential buildings. Rogers recalls the moment: ‘Ruthie and I dashed around London collecting partners and passports – we had so little work on that people weren’t coming into the office – and made it over to Paris just in time to join the celebration dinner.’ Pompidou was to be a ‘public space for all people. A place driven by social and political responsibility,’ says Rogers. And it went on to light-up this run-down borough and help regenerate the area. It also gave the two architects their career breaks.

The project opens A Place for all People, part autobiography, part cultural manifesto, narrated by Rogers. It is a passionate tale of an idealist and his journey through personal and architectural history. Born in Florence in 1933 to atheist Italian parents, his father a doctor his mother a potter, the family fled to London and then Surrey just before the war and where Rogers was exposed to culture, travel, ideas from a young age.

He writes ‘architecture is inescapably social and political’. For many who may question this in connection to his more commercial buildings, most notably The Lloyd’s building in the City of London, a stark symbol of capitalism, he has this to offer: ‘[it] was designed as a flexible machine for a financial marketplace, but also as a carefully considered expression of those activities, designed both for the user and the enjoyment of the passer-by.’

Like him or not – and there are many who form the second camp – Rogers is one of the most interesting living architects of our time. For he is unpredictable both ideologically and stylistically – never resorting to a signature style. Study his most famous civic and public buildings: Pompidou to Lloyds, Madrid Barajas airport, Heathrow Terminal 5 – they all make their own bold visual statement. And unlike most architects who profess to be collaborative designers, Rogers’ work was from the start about collaboration, it is about the wider thinking of his practice, responding to its place; the use of space

Throughout the pages of this engaging book, Rogers writes passionately of architecture’s role in shaping society. Once a radical thinker, his work may no longer carry the provocative messaging of the Pompidou, yet Rogers remains an idealist at heart and an architect who has contributed his bold vision on the architectural map. 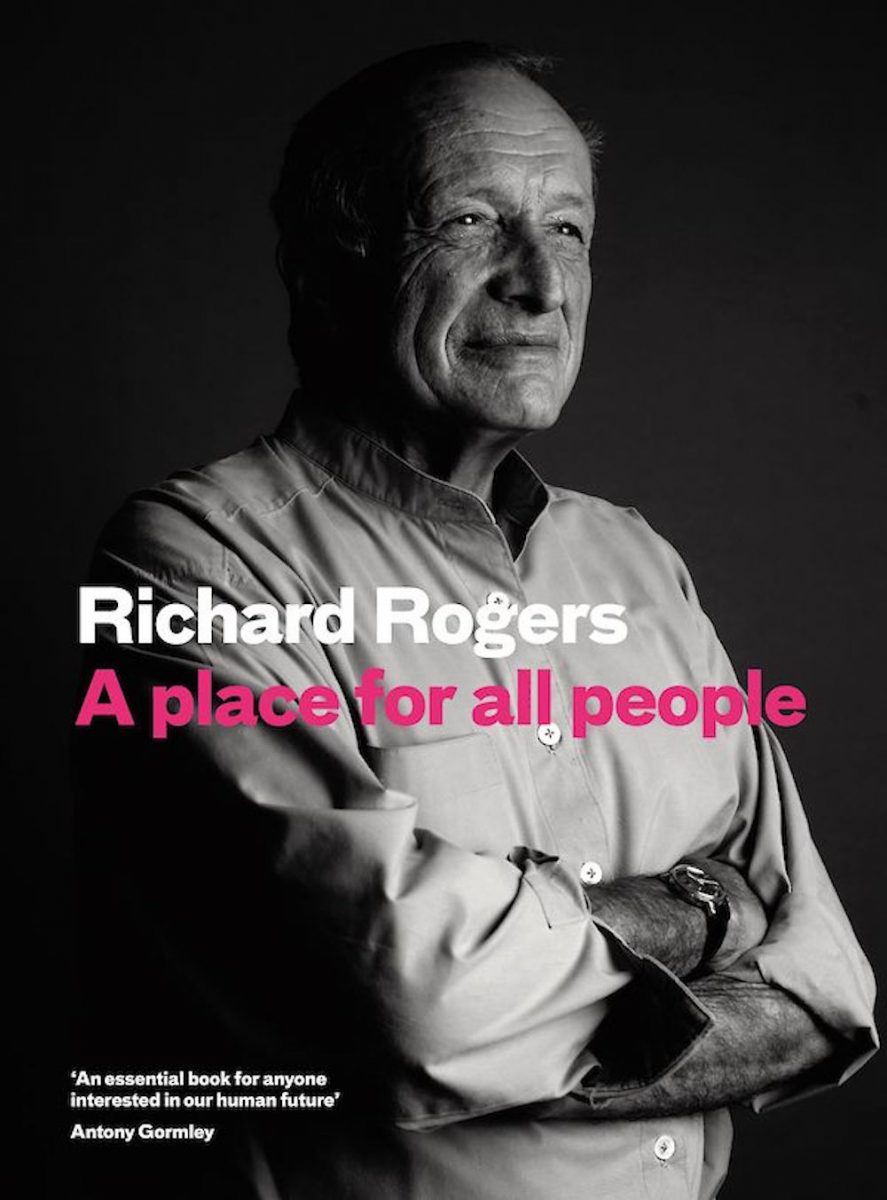