Last week, over six days, some 350,000 people from all around the world descended on Milan for the annual Salone del Mobile – all with a shared passion for visual culture and ready to soak in the creative spirit of the world’s biggest design fair. In its 56th year, this is where you can see the latest furniture and product designs, spot new trends, and take part in discussions on creativity.

The main venue at the Milan Fairgrounds exhibition hall takes a more traditional route – hall upon hall are lined up with pavilions showcasing work by big manufacturers and smaller suppliers. Increasingly it is the sister exhibition Fuorisalone, away from the Salone and on the streets of Milan where the fun begins. Here, around pockets of this vibrant city, shops, boutiques and smaller galleries, churches and old palazzos become public galleries for the week, showing exciting conceptual work by established and emerging designers.

Milan’s dynamic architectural backdrop offers an extra visual layer. Few urban settings have such a collage of architecture – where futurist and narcissistic buildings from the Mussolini era sit happily with charming and crumbling old palazzos and decorative courtyards, gritty post-war brutalist structures, and contemporary builds with gardens rising high in the sky.

We spotted some beautifully crafted work, imaginative furniture and objects, as well as contemporary solutions. With younger creatives, there was an undeniable nod to the hand-made, to a more artisanal approach to making. A young duo in the Brera district, Lilo and Martino Saccani, were creating the most delicate of graphic art and illustration using only an old traditional typewriter. Elsewhere, with its cross-cultural approach, fusing Asian sensibility, craft and progressive design, Stellar Works showcased a beautiful collection by designers Crème, Neri&Hu, Space Copenhagen and Yabu Pushelberg at their pavilion on via Tortona.

On a more conceptual level MINI Living – Breathe really stood out for addressing the quality of urban life for the new generation. MINI has been exploring the theme in an on-going series of architectural collaborations as a way of feeding ideas back into the company on urban life, and the role of the car within this context.

Here MINI worked with New York architects SO-IL to create a residential home concept. Breathe is a provocative installation that sets out to amplify our awareness of our physical surroundings and the environment in general. The clever mesh skin is semi-transparent, flexible, and self-cleaning; it also filters the air and floods the building with natural light. The occupants are at once connected to natural resources – to sunlight through the mesh, to water that gets collected on the roof, and to air that is purified by the façade. The building is also prefabricated and, following the Milan debut, will be dismantled to be reassembled in another city.

During our time in Milan, we witnessed the building change shape and mood, the city’s light and life creating different environments within the building as day turned to night. We caught up with SO-IL principal Ilias Papageorgiou who says: ‘We see this as an opportunity to reflect on such pressing issues as the sustainable future of our cities and this idea of conscious living.’

Over at La Triennale di Milano and as part of the Lexus design awards, Pixel by a young Japanese spatial architect Hiroto Yoshizoe also works with using light and shadow to evolve a space and create various moods and environments. His is a mesmerising installation that could have practical applications too. ‘As a pixel wall, it can have so many scenarios,’ Yoshizoe told us. ‘For instance, in an art museum the objects on display can be seen outside so the building can light up the environment, much like a lantern.’

Elsewhere, Jaimie Hayon added a layer of playfulness to the event. The Spanish designer’s Stone Age Folk saw meticulously handcrafted multi-coloured high-grade engineered quartz by Caesarstone imbedded with metal and stained glass, all against the magical backdrop of Palazzo Serbelloni. The multi-room exhibition featured a carousel as a centrepiece in the ballroom for an altogether fantastical world inspired by animal kingdom and folklore.

Finally, at UniCredit Pavilion, in an appropriately Pop-coloured themed event, Fiat heir Lapo Elkann unveiled BMWi MemphisStyle based on the i3 and i8 progressive and sustainable cars. Crafted by his Garage Italia Customs in Milan with the guidance of Italian designer Michele de Lucchi and help from BMW, these bespoke art cars celebrate Milan’s provocative Postmodern 1980s movement and its champion, the Memphis Group. 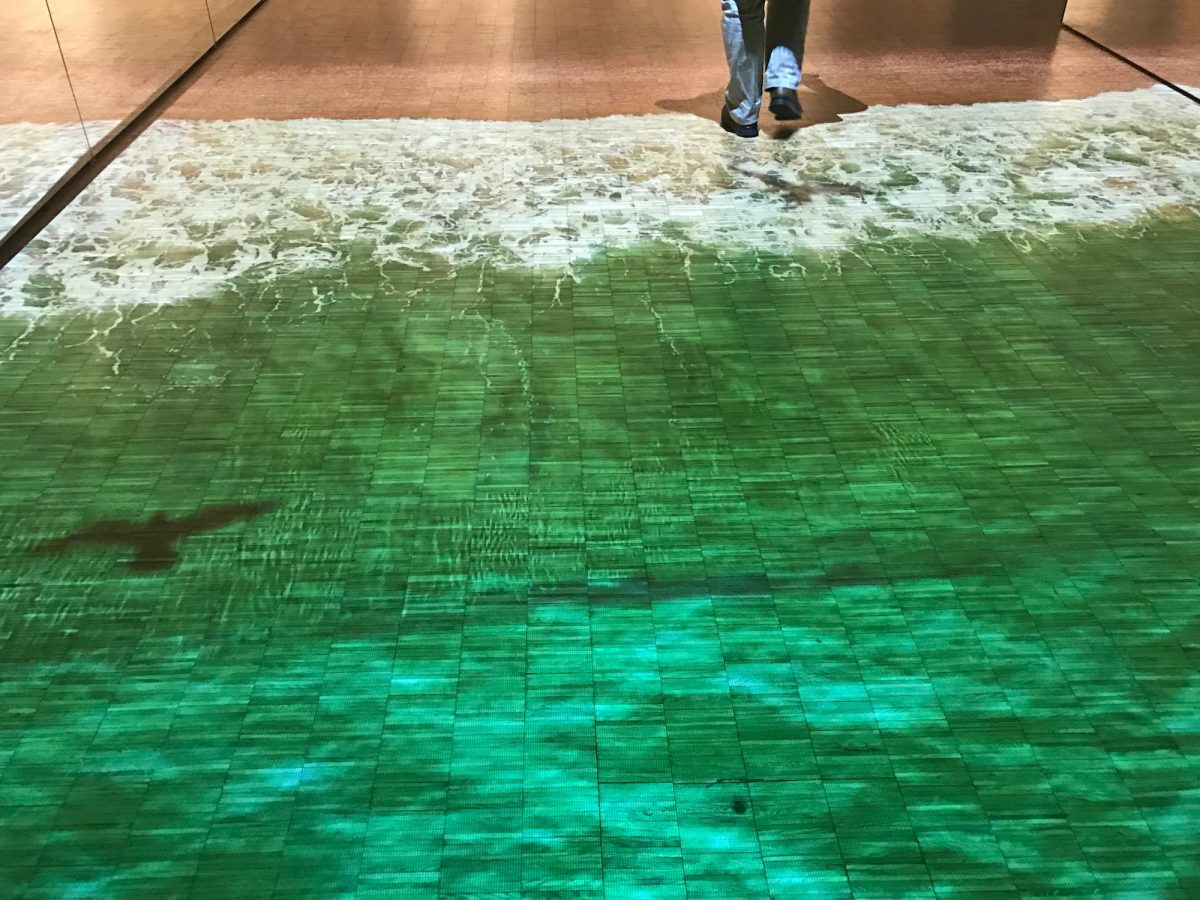