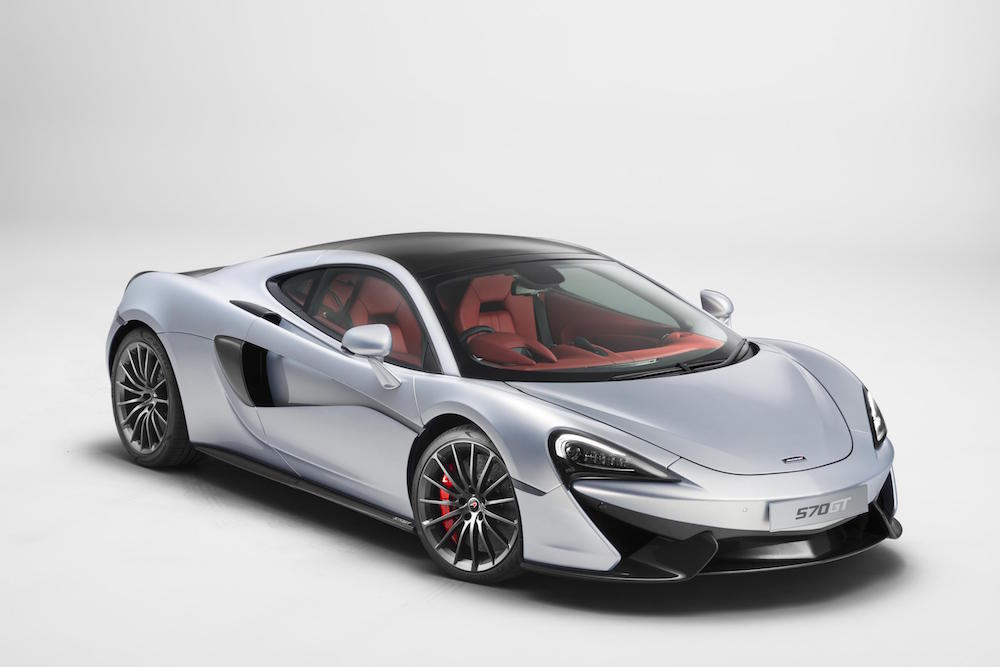 McLaren Automotive is a brand with a compelling story. This is a relatively new company, formed only six years ago with a vision to create racing cars for road use by employing some of the most advanced technology on the planet from its Formula One arm. And this isn’t some big, greedy global corporation either. McLaren is a privately-owned small firm operating from the slick Foster-designed factory in leafy Surrey.

Last week the company revealed its £1bn expansion plan to produce fifteen new models and derivatives over the next six years. It is also aiming to increase annual sales from 1600 to 5000 cars, with half of these driven by sustainable hybrid technology. Last week Spinach sent Nargess Banks to Geneva in time for the annual motor show to catch up with the design director Frank Stephenson. He was there to unveil the 570 GT, the latest car to join the more road-friendly Sport Series range that includes the 570S and C Coupé vehicles.

You’re a relatively small company with some pretty ambitious plans. What is your design and development process at McLaren?

Here we don’t have time for too much discussion. We decide on the design straight away and boom it’s out there. The testing programme is very intense at McLaren as we have very little time for development. We are creating one car a year until 2022 at least. We imagine our cars, build them and then see them on the road. It is all very fast.

When I first gave the brief to my team that it has to have substantial luggage space and be the size of the Porsche 911 they designed a beautiful shooting-break, but it didn’t have an edge to it. It was just a pretty estate! So we killed this after six month and started from scratch but then decided on a fresh design approach straight away. 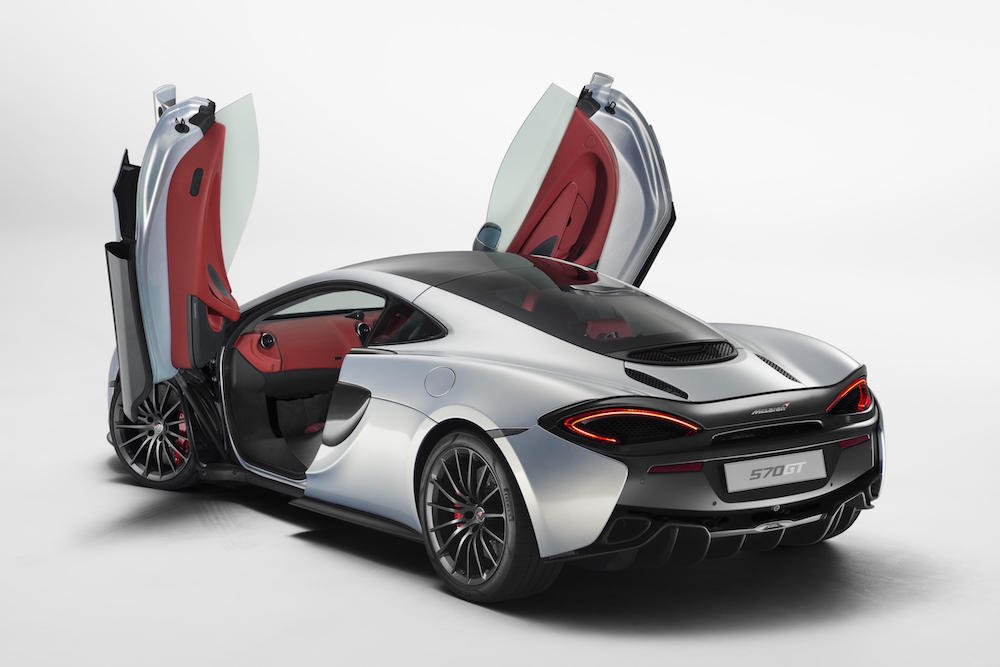 Would you say for McLaren the design must have integrity?

The challenge of creating something new is our reason to be – otherwise we’re not the leader. It is fun though. It is the excitement of discovering something new that hasn’t been done before and making this your top priority. Our cars are athletic, they have lean muscles and the cloth has to fit very close to the skin. We have to always strive to do less, less, and less.

Our company is unique too in the way we work directly with our engineering team – we don’t have anyone from the outside coming in. The engineers here have the hunger like the design team to do something that hasn’t been done before.

You seem visibly excited to be working with McLaren. how would you define the brand?

Yes, it is pretty exciting. In terms of design DNA, we’re at a stage now where we’re building this, yet everything we do has to be functional. On the 570 GT, for instance, the lamp graphic where the heat (from the engine) comes out, that was functional and efficient so it will be used for future generations. It has naturally become a design element. The beauty of what we do is that it doesn’t lock you – we can be unpredictable. 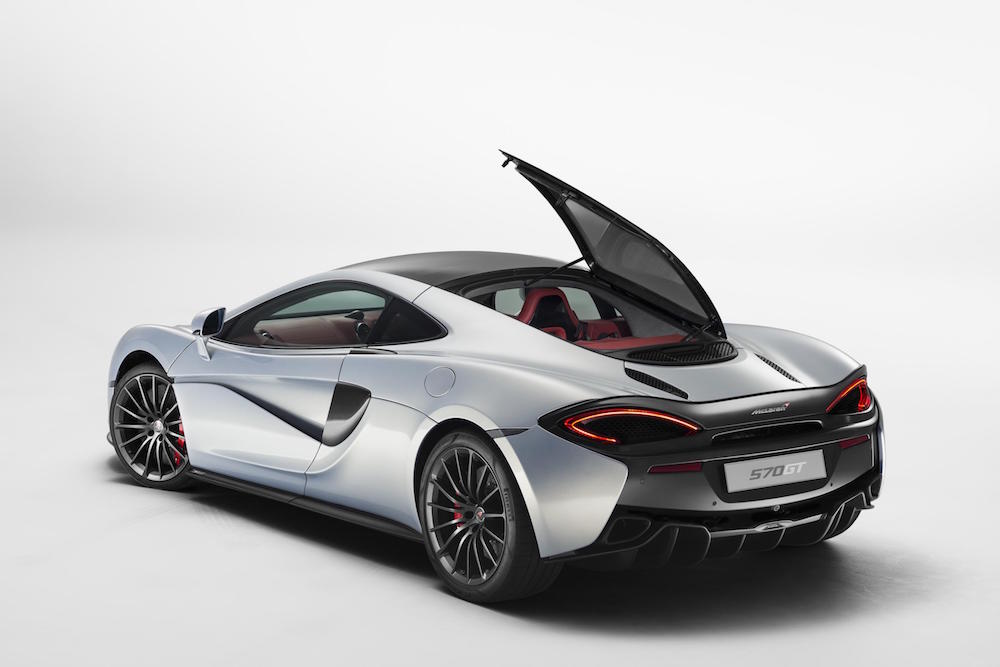 Where do you see it heading?

We have the smallest car design studio in the world so we haven’t got the resources to design cars for the future – instead we design concept cars for today. Now that we have the three lines (Sport, Super, and Ultimate), it is time to establish the brand, work on credibility for people to see that we are making believable, exciting cars. Now we have the license to push further. We started quietly but if you saw what’s coming you’d see we’re really moving on. The last thing we will do are predictable cars.

You mention an entry-level McLaren, but would you consider a city car?

A city car is not in our strategy yet but I’m working with a couple of universities in Turin and Sweden where I have asked the students to design an ultimate city car for the 2029 Frankfurt Motor Show to celebrate our 20th anniversary.

We’re not concerned with cost but to shoot high in terms of McLarenisation, materials, the electric drive technology, packaging, visibility, and safety. I can see a car like this may be in our future. 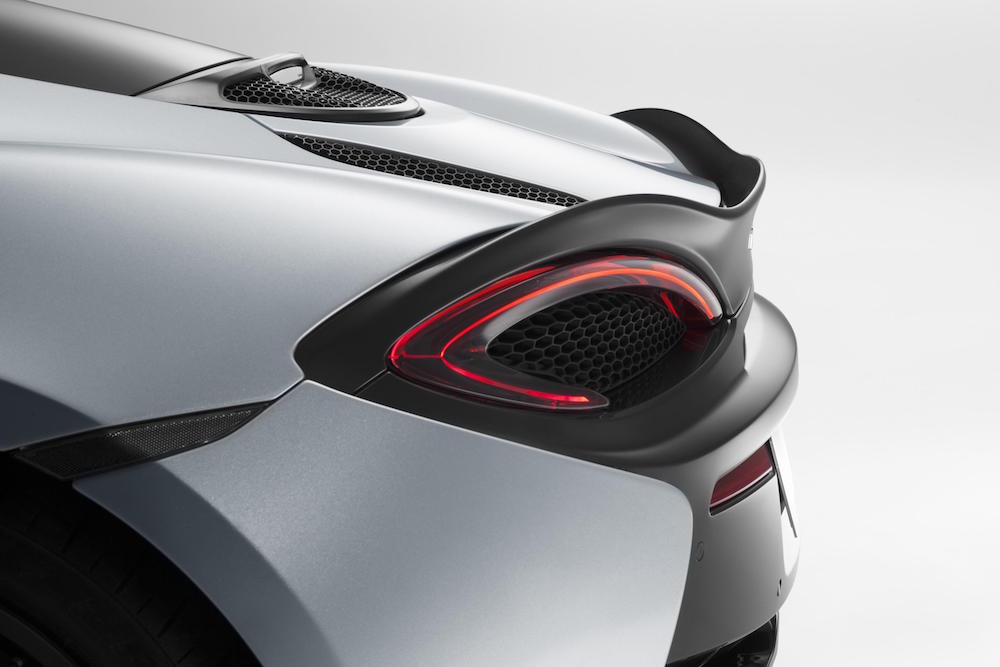 It makes sense to utilise the advanced F1 technology…

Absolutely. For the 570 we use a carbon-fibre tub that is hugely expensive to create, so yes it makes sense to filter this technology down. The safest thing you can have for a city car is a carbon cage.

Also, visibility is key in a city car but you also don’t want to be exposed so perhaps there’s a way of working with glass, tinting it, so it gradually gets clear as it comes up or you can hit a button for it to go foggy to transparent glass. By 2029 the car will of course be autonomous.

How do you see McLaren responding to autonomous driving; these are after all pure driving machines?

Very easily, as with autonomous driving, you still have the choice to drive or be driven. So imagine you’re living out in the country, heading towards London you enjoy the car on the more dynamic country roads and let the car drive you in the traffic of the M25.

On the weekend you go to the track, you push the button for normal, fast or crazy fast and the car will take you around the track on the correct lines, shows you the right breaking points, and what gear to use on a few laps. Then you take to the wheel and if you make a mistake it will correct you, much like a professional driving teacher. Unlike a real teacher, however, it won’t make mistakes.

With McLaren, the relationship is always with you and the car, and this can be an extension of that. As long as you have a bit of control, it isn’t about the car just driving you, and you use this to learn from your car… then that is ideal. 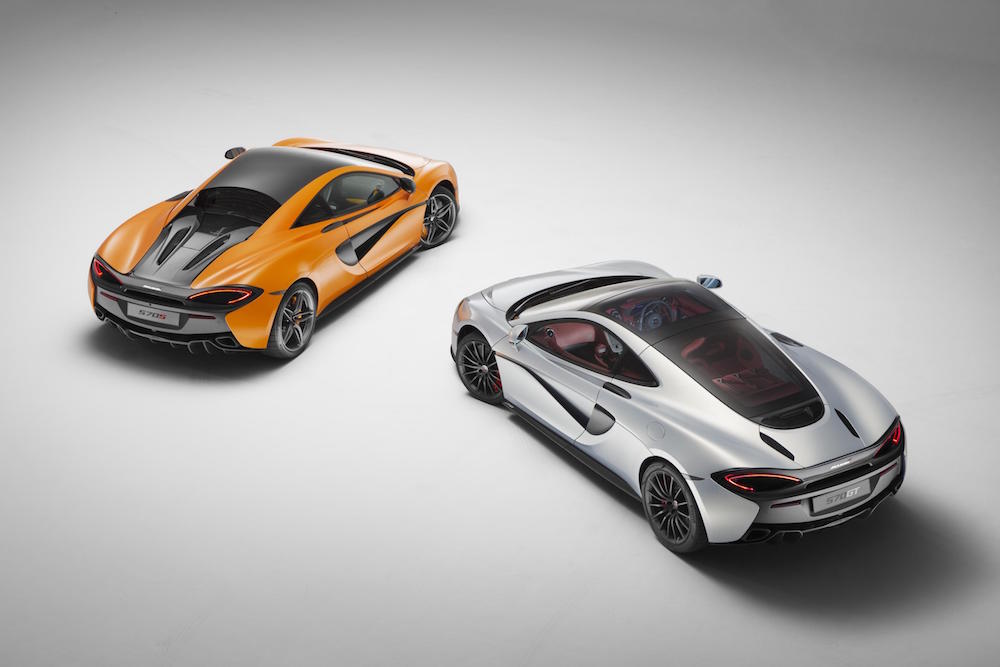