In a series of interviews discussing the meaning of modern luxury with leading designers from various industries, Nargess Banks talks to Gorden Wagener, head of Daimler AG design on his visions for the future of Mercedes-Benz.

Nargess Banks: How do you see Mercedes-Benz car design responding to the concept of modern luxury?

Gorden Wagener: Sensual Purity as the expression of modern luxury – that is the design philosophy of Mercedes-Benz. Our aim is to create clear forms and smooth surfaces that act as a stage for the high tech while arousing emotions. People are after something genuine – experiences that are both emotive and authentic. The interior, in particular, is a living space that is characterised by sensuality and luxury at Mercedes.

NB: How will this be unique to the marque?

GW: The uniqueness of Mercedes-Benz design lies in the combination of sensuality and purity, of luxury and purism. Although seemingly a contradiction in terms, these opposites are also deeply rooted in our DNA.

Our design philosophy perfectly encapsulates this fundamental aspect of the brand – the bipolarity of intelligence and emotion. Rationale forms one half of the brand essence, of which Carl Benz is symbolic, with the other half influenced by Gottlieb Daimler and the era of the early racing cars and classic cars. This is why excitement, desire and pleasure are essential to the brand.

GW: The aim of autonomous driving is to ease the burden on the driver in many situations, for example in heavy motorway traffic. And when the car can drive itself, the interior above all takes on a whole new meaning. It becomes a space in which you can do many of those things that you are currently forbidden from doing while driving or that you simply cannot do because you have to drive the car.

The car becomes the ‘third place’ where you can work, relax or invite your friends in via video conferencing. This provides wonderful inspirations for the designers because the car of the future offers both possibilities: a lounge-like atmosphere as well an automotive experience.

NB: How will it impact on exterior design?

GW: The exterior design will also change. The looks should emphasise and possibly even indicate autonomous driving. Through the use of technology and design elements we can raise the awareness and looks of autonomous cars.

On the F015 Luxury in Motion, for example, the LEDs on the front and rear interact with the surroundings so others see the car is driving autonomously. And it has no edges, lending it the sensually pure form that is a Mercedes-Benz hallmark. 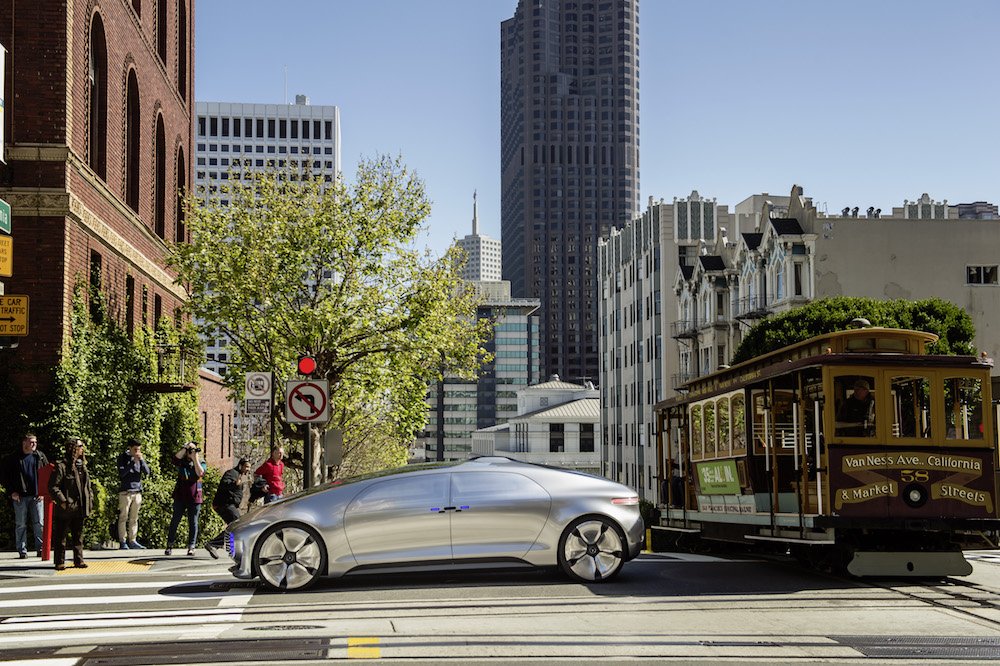