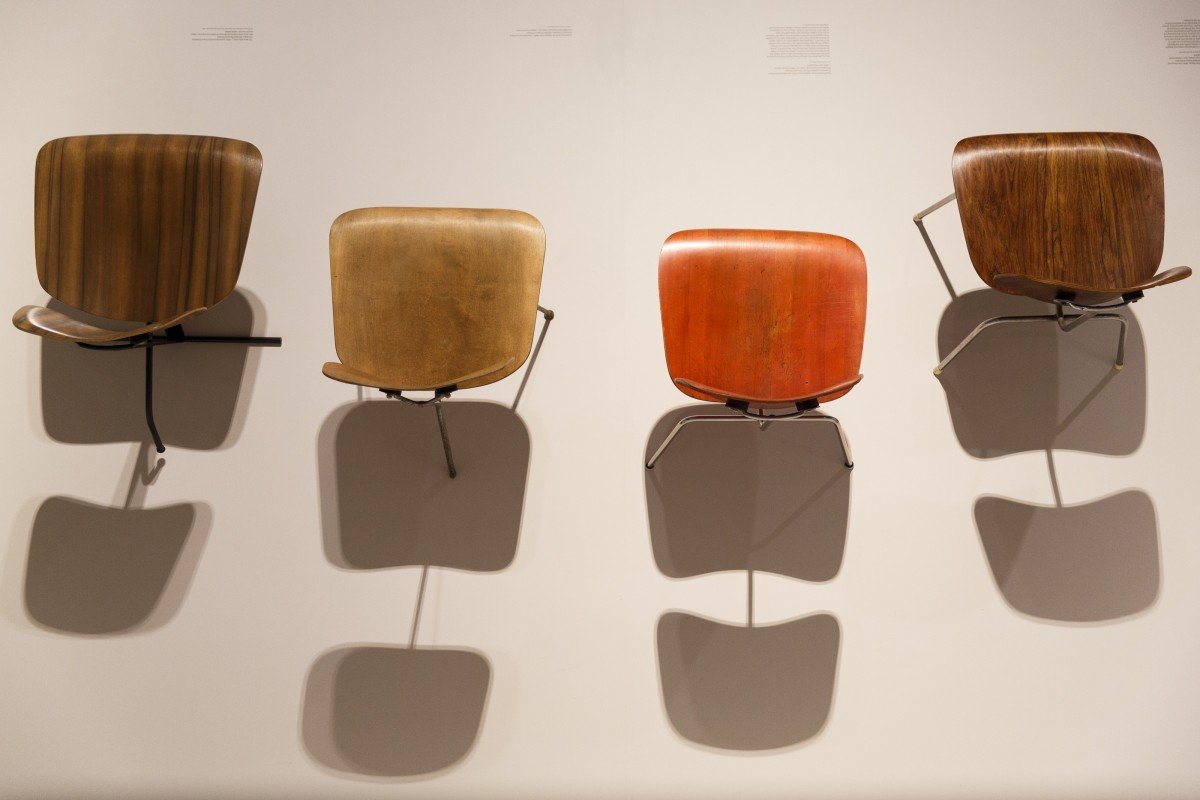 ‘Is design an expression of art?’ we hear a voice ask Charles Eames to which he replies ‘design is the expression of purpose’. The video completes The World of Charles and Ray Eames, an intriguing exhibition at the Barbican Centre (21 October 2015 – 14 February 2016) on the life and work of two of the most celebrated designers of the last century. With its timeless modernist aesthetic and utopian vision, London’s Barbican is an ideal setting for a discourse on the Eameses. A couple of years ago, the building performed similarly well for an exhibition on Bauhaus.

For over four decades, the Eames Office, or the ‘laboratory’ as it was often referred to, in sunny California produced an array of pioneering and experimental work. Here architecture, furniture, graphic and product design, painting, drawing, film, sculpture, photography, multi-media installation, and exhibitions were explored. New models for education were envisaged at the Eames Office not just for the US and the western world, but India and beyond.

For many Charles and Ray Eames are associated with their iconic furniture. Yet for them, ‘design was not simply a professional skill, it was a life skill – more than that, it was an essential attribute of life itself,’ says Eames Demetrios, director of the Eames Office. 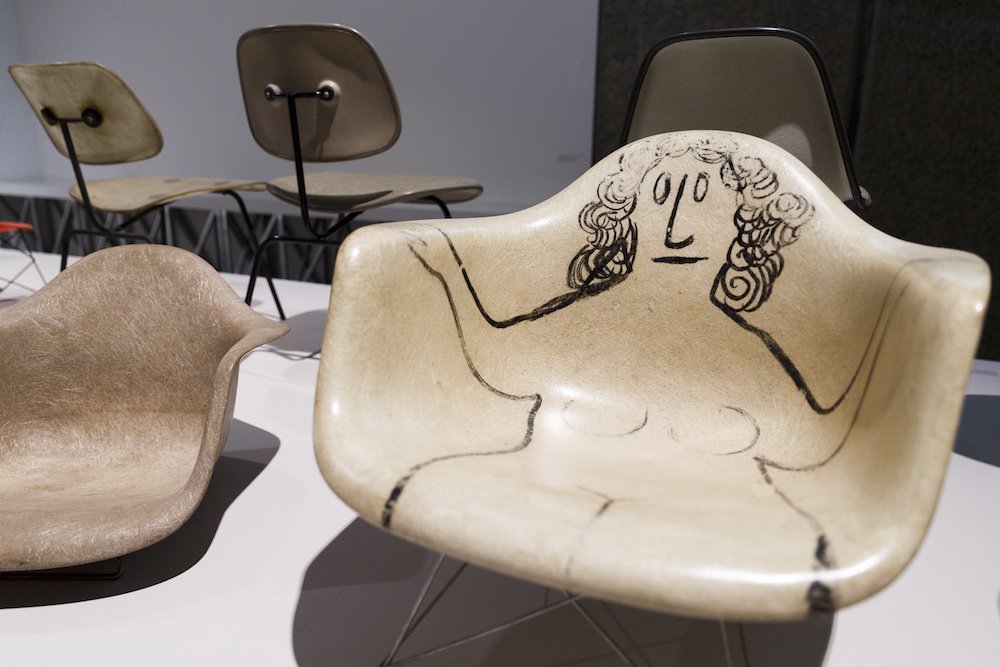 The couple moved fluidly between the mass-production of objects for everyday use and the transmission of ideas through exhibition, film, or installation. Much like the European Bauhaus contemporaries (many of whom had fled to the US after the war), their concern was to connect art, science, and technology, to educate society, and to utilise good design as a way of improving life.

It really is fascinating navigating these rooms, browsing through endless documents and videos, listening to ideas on the future, how to integrate craft and technology, embrace the coming global ‘information age’. Some of the concerns and ideas expressed here remain valid today.

Charles and Ray established their studio against the backdrop of the Second World War. One of their first mass-produced products was an emergency transport splint in moulded plywood and shaped to the human form. The project helped the team to find ways to mass-produce the moulded-plywood furniture Charles and his friend, the designer Eero Saarinen had been experimenting with the previous year, and it enabled the couple to open the Eames Office on 901 Washington Boulevard, Venice, and Los Angeles, California, where it remained throughout its history. 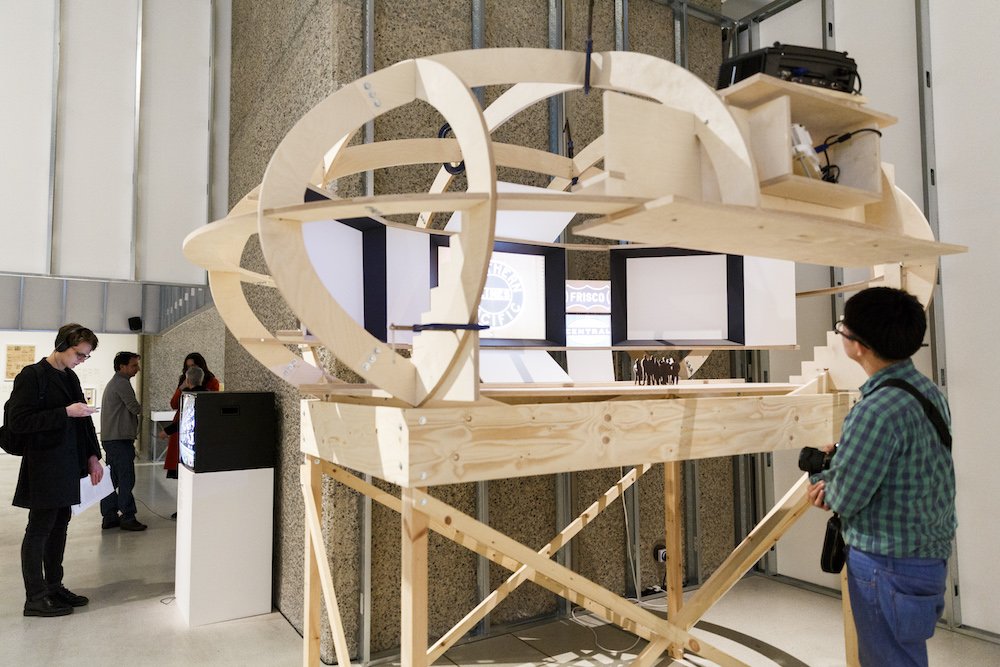 They collaborated and associated with the leading artistic figures of the 20th century and their immediate circle included Buckminster Fuller, Alexander Girard, George Nelson, Isamu Noguchi, Eero Saarinen, Saul Steinberg, and Billy Wilder. And the 380 works displayed in the concrete halls of the Barbican are a legacy of post-war modernism.

The exhibition addresses the Eameses impact on concepts of modern living – the couple’s editorial eye and mastery of form and material yielded some of the most iconic designs of all time, not least their own home completed in 1949. Here modernist furniture lives with old battered books, paintings, oriental rugs, antiques, and effigies. This is a home that is as much about aesthetics as creating a warm, loving, liveable environment to encourage productivity, growth, pioneering thought.

The Eameses were forever challenging themselves to improve on their work. And what’s more, they seemed to be having so much fun! Archive photographs depict this handsome sunny couple smiling, laughing, interacting with their team at the Eames Office. This was a partnership in life, work, and ideology… and it is hugely inspiring for all of us involved in the creative world. 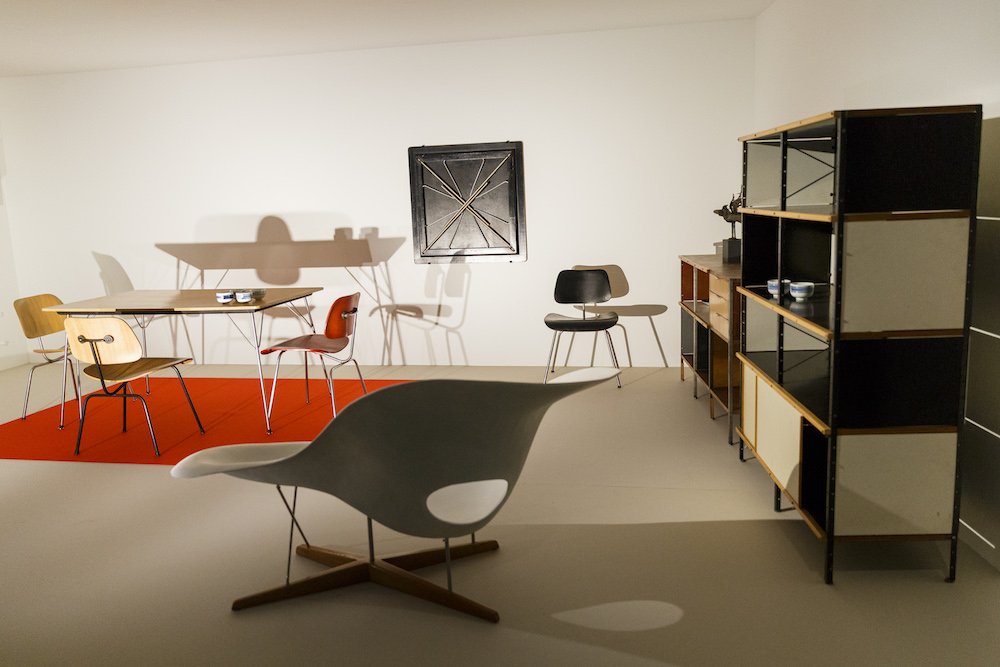 We particularly like these notes, featured in the accompanying book, and drafted by Charles in January 1949 to advise students. They describe the workings of the Eames Office beautifully – and something that we at Spinach like to observe.

Make a list of books
Develop a curiosity
Look at things as though for the first time
Think of things in relation to each other
Always think of the next larger thing
Avoid the ‘pat’ answer – the formula
Avoid the preconceived idea
Study well objects made past recent and ancient but never without the technological and social conditions responsible
Prepare yourself to search out the true need – physical, psychological
Prepare yourself to intelligently fill that need
The art is not something you apply to your world
The art is the way you do your work, a result of your attitude towards it 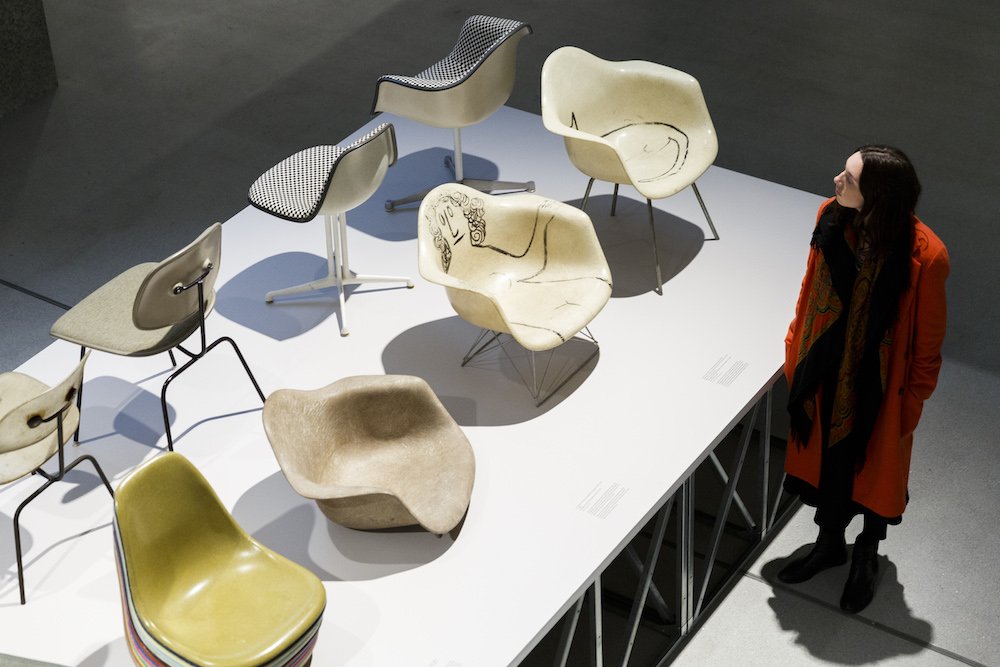