I am standing in front of a giant finger. It is a life-size model of Lenin’s and a fragment of the Palace of the Soviets, a grand scheme proposed in 1917 to sit by the Kremlin. The project never saw the light of day for construction ceased in 1941 during the German invasion, yet had the skyscraper been built, it would have become the tallest building of its time.

This is the premise for an intriguing new exhibition at the Design Museum. ‘Imagine Moscow: architecture, propaganda, revolution’ marks the centenary of the Russian Revolution by imagining six unbuilt Soviet projects from the 1920s and 1930s. The idea being to explore the impact of the event on local and world utopian visions then and now.

Here large-scale architectural plans, models and drawings are juxtaposed with propaganda posters, interesting graphics and magazines of the time that aimed to re-invent Moscow as the new capital of the USSR and as the centre of world socialism. Creatives were therefore set free to look at forming alternative realities, reinterpreting the old idea of the city through new symbolisms, new monuments and new institutions.

Some of the proposals were pretty radical too. ‘Colonising the Sky’ saw Soviet architect El Lissitsky creating what he called a ‘Cloud Iron’ – the vast horizontal surfaces of his skyscrapers would address Moscow’s overcrowding. Being a design and branding studio, we are drawn to the graphic design and poster art of the time in particular to the work of Gustav Klutsis and Valentina Kulagina. Alongside Lissitsky, the photographer and illustrator were central figures in the avant-garde Constructivist movement in the early twentieth-century and their work feels fresh and powerful today.

The Russian Constructivist saw art as a practice for social purposes. Alongside the Suprematist, the other main radical movement of the time which rejected visual depiction of objects in favour of the purist of abstractions, these forms and images came to symbolise the power of the revolution to make change.

‘Imagine Moscow: architecture propaganda revolution’ is on at the Design Museum in London until 4 June. 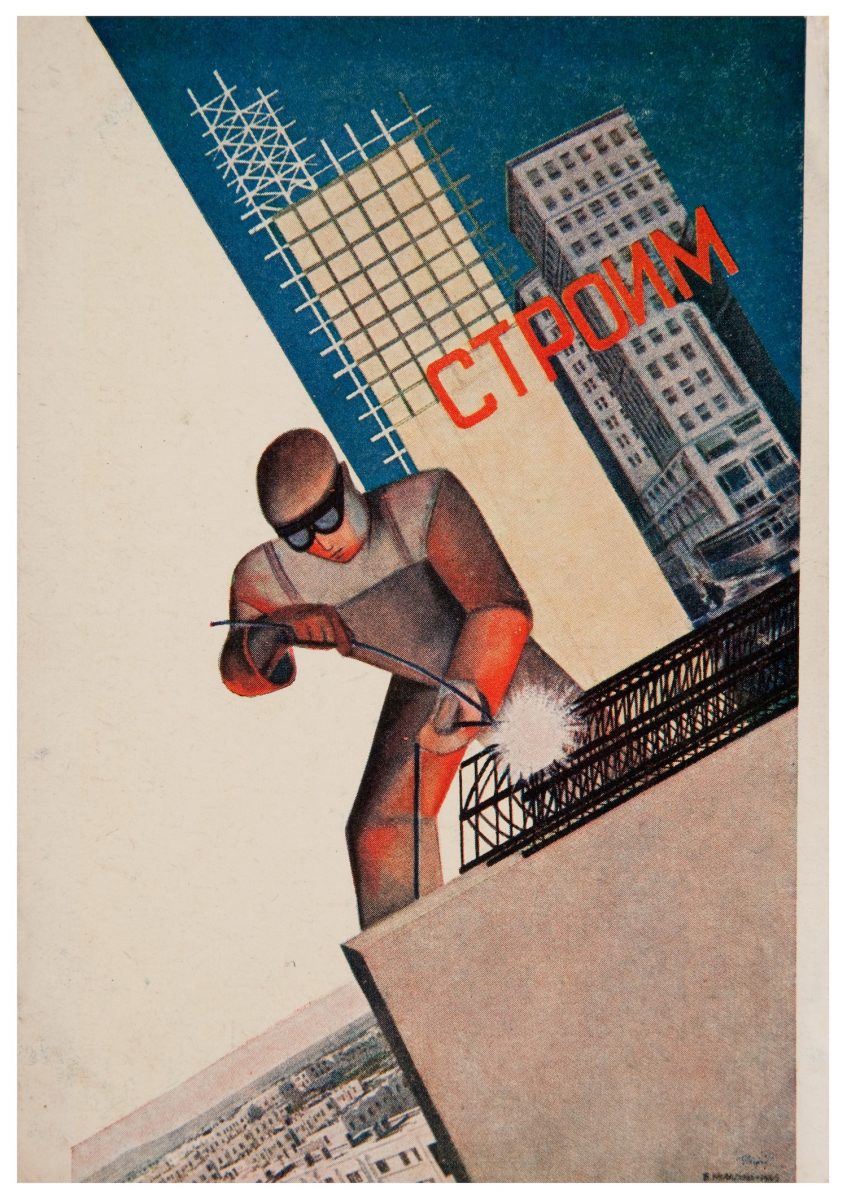