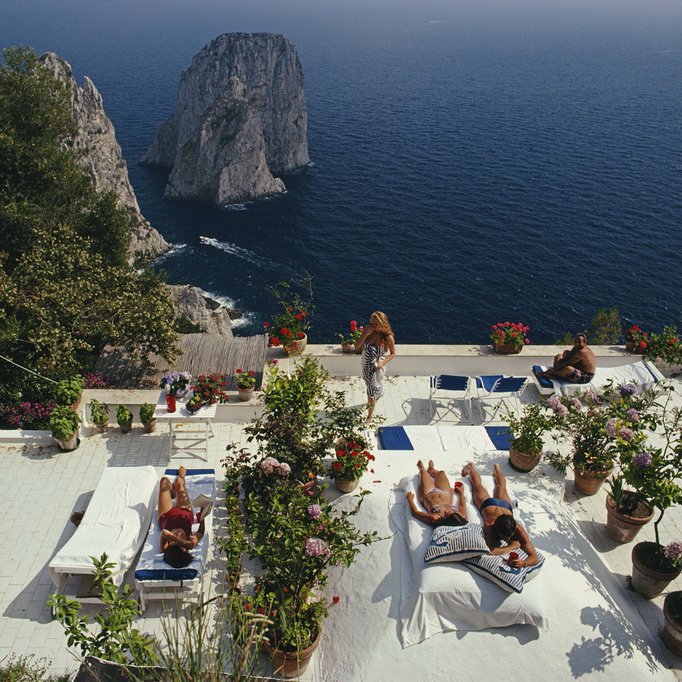 George ‘Slim’ Aarons was an idealist image maker. The prolific photographer loved beauty – he portrayed handsome people, looking painfully stylish in their elegant surroundings. Aarons was fastidious about his craft. His mantra read: ‘no assistants, no props, no stylists, no lights, no problems.’ He also refused to photograph his subjects in jeans, t-shirts, and trainers. ‘I don’t do fashion,’ he said famously. ‘I take photos of people in their own clothes and that becomes fashion.’

Aarons started his career in a very different place as a combat photographer in World War II. On his return from the war, he was eager to picture another world – one of ‘attractive people doing attractive things in attractive places’, as he is often quoted as saying. And soon after he began creating images for the high-profile titles of the day – Town & Country, Life, Travel & Leisure, Holiday, Vogue and Harper’s Bazaar. 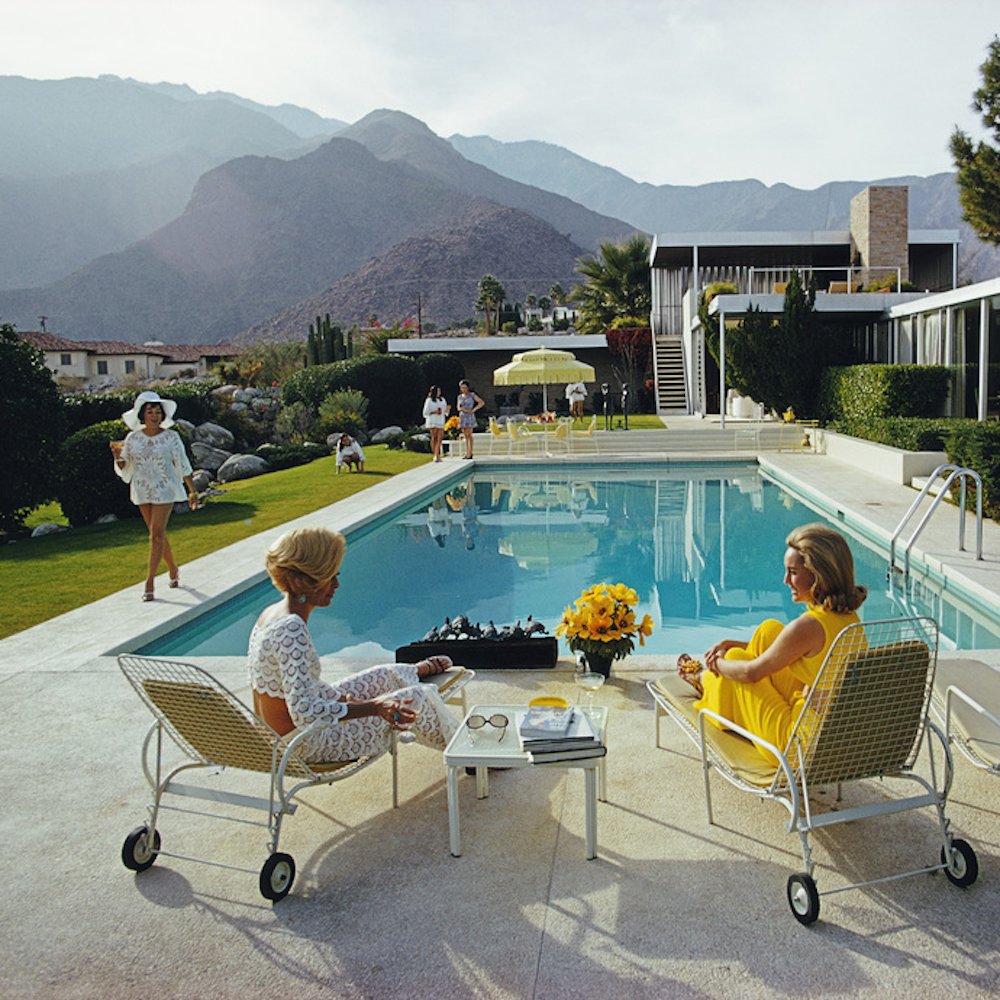 Over the course of a career lasting half a century, Aarons portrayed high society, socialites, writers, and artists – lensing the jet-set and the elite as they lounge by their Beverly Hills pools, entertain in their lavish Malibu mansions, vacation in the French Riviera, and ski on the pristine slopes of Verbier. Some of his most classic images are set to the exotic background of Palm Springs and in and around the Kaufmann House, a symbol of Californian Modern designed in 1946 by the LA-based Austrian émigré architect Richard Neutra for the philanthropist Edgar Kaufmann. 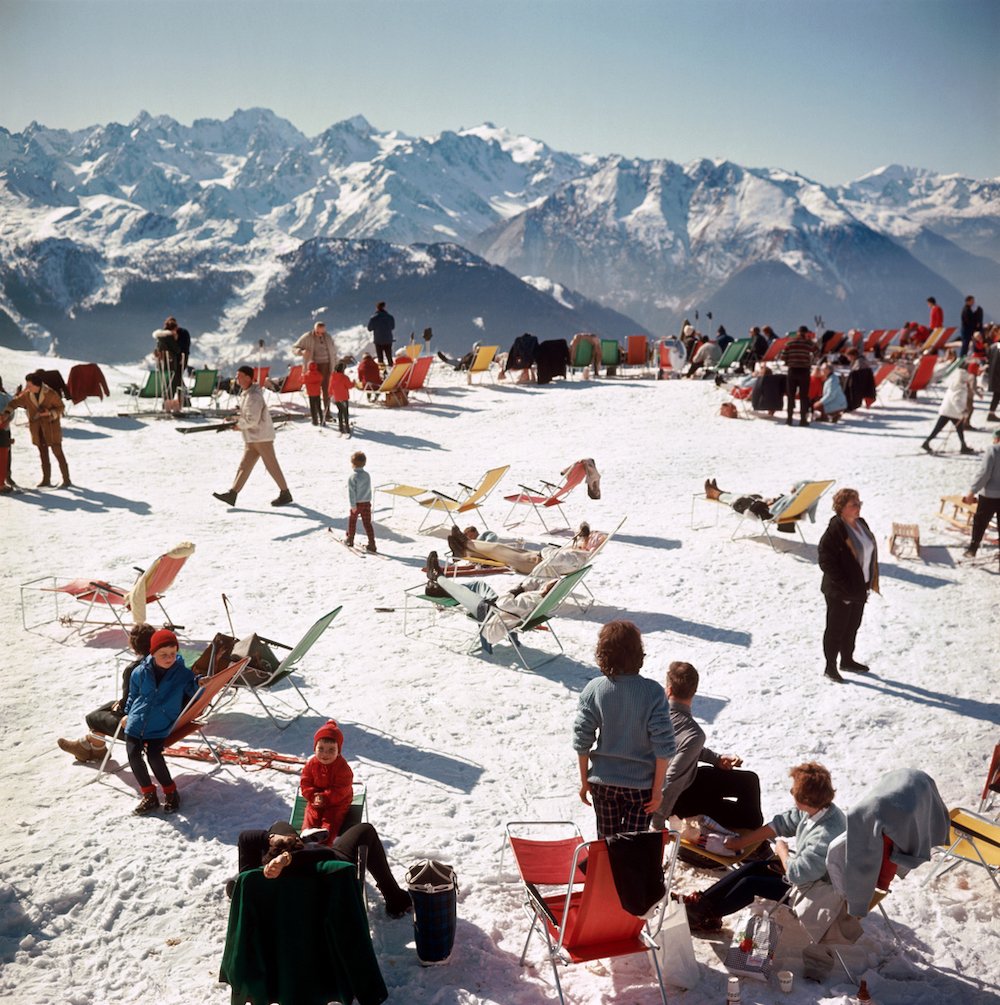 Women were central to his work. He took dazzling portraits of some of the period’s strongest and most formidable females – Peggy Guggenheim, Diana Vreeland, Audrey Hepburn, Jackie Kennedy, Marilyn Monroe, Britt Ekland and Princess Caroline of Monaco were among some of his favoured subjects. Celebrities trusted Aarons, inviting him into their private worlds where he framed their intimate moments. 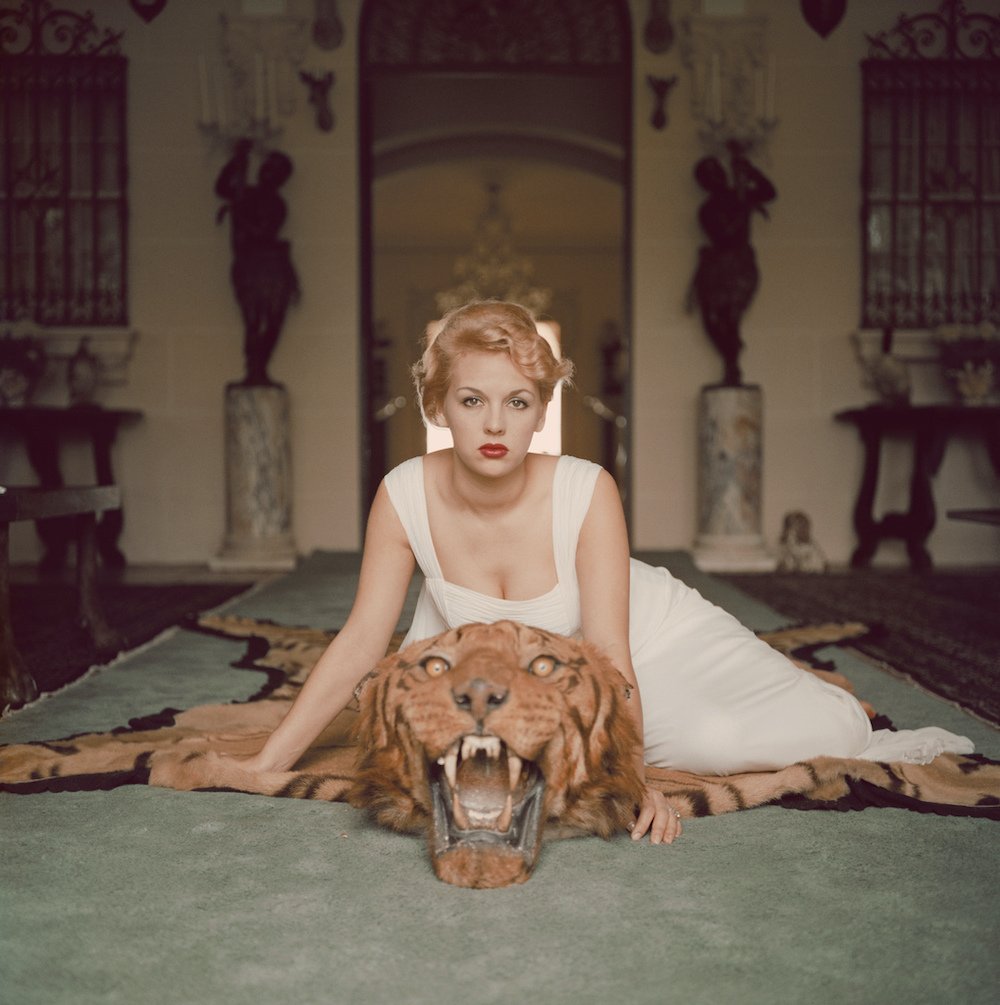 Aarons stopped working in the years leading up to his death in 2006. He often talked of his disillusionment with trends in magazines that emerged in the 1990s. Aarons left behind a collection of images that uniquely capture a moment in history – his lens perfectly framing scenes that evoke the polished glamour of mid-century America, the Golden Age. These are reflections on another time, another world – the transatlantic dolce vita.

Browse through the Slim Aarons collection on sale in The Hackney Emporium. 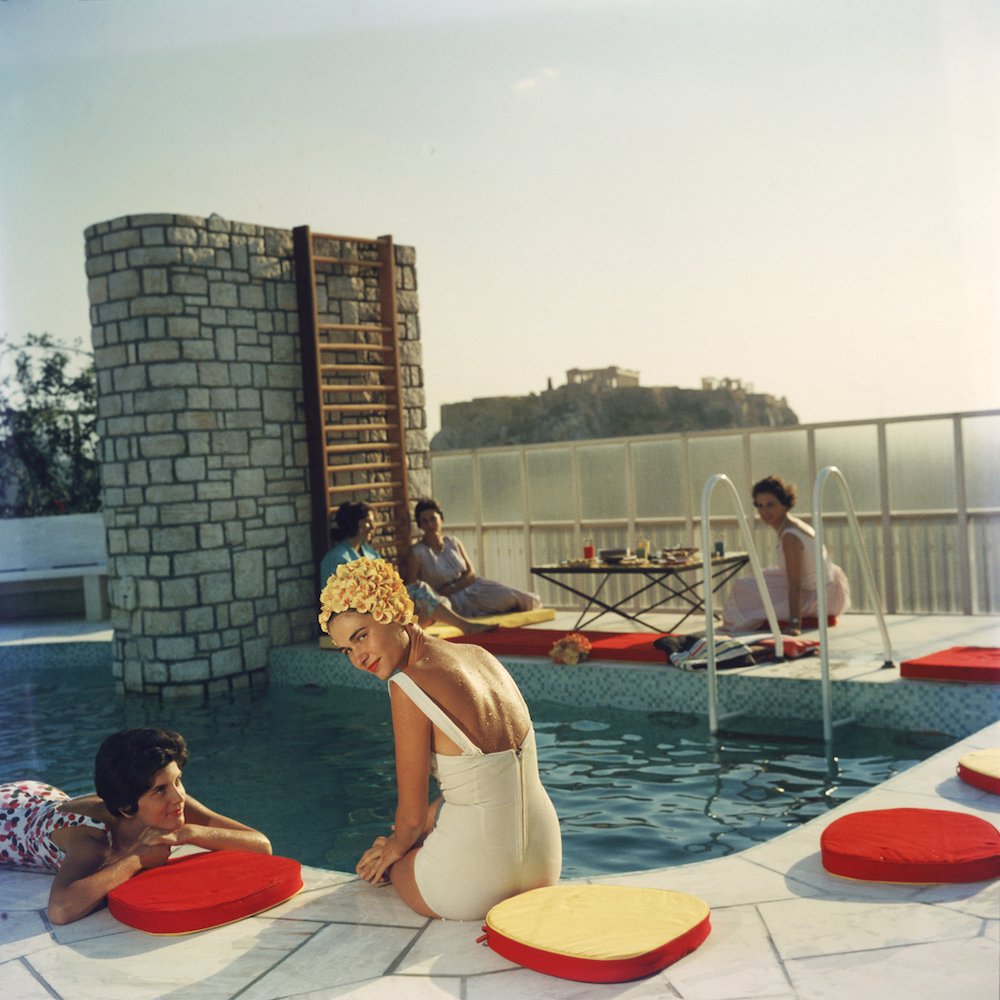