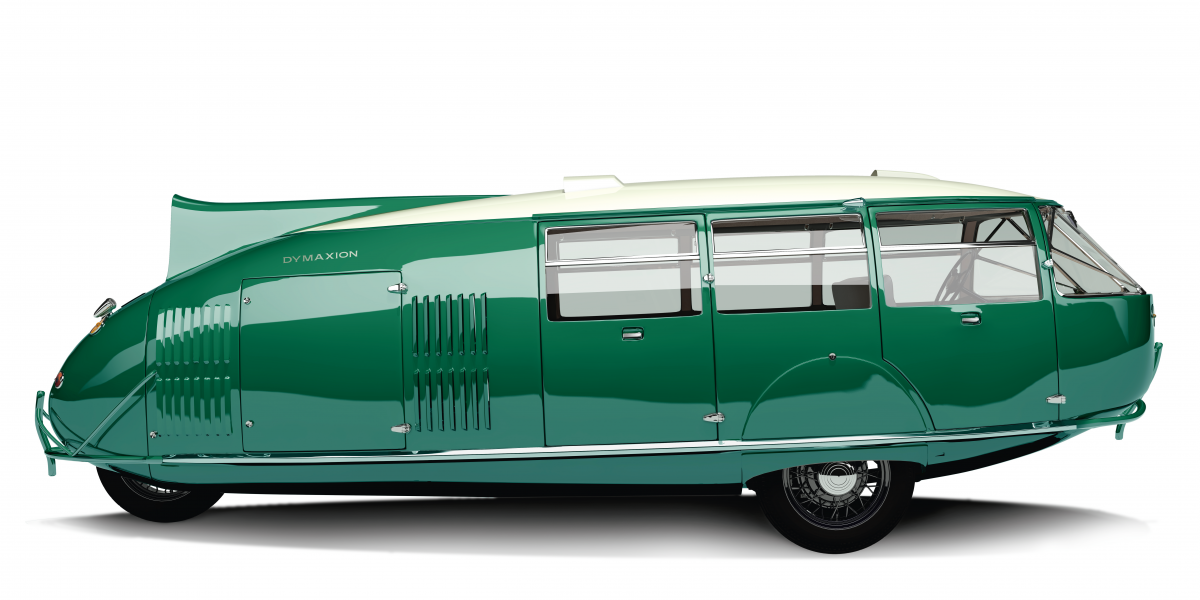 ‘We’re on the edge of a new age,’ begins Norman Foster. ‘In some ways this is a requiem for the age of combustion. What lessons do we learn from the past? There are always pessimistic and optimistic scenarios. And I passionately believe the future is always better, so I think we’re on the edge of something truly exciting and positive,’ confirms the architect.

We are at ‘Motion. Autos, Art, Architecture’, an ambitious new exhibition curated by Foster and staged at the Guggenheim Museum Bilbao, placing the automobile in the context of the story of art and architecture, critical and cultural theory. And in this way, it is a timely narrative on the pivotal role of design in the post-combustion, autonomous drive, machine-learning age, where the transformation of how we move will impact on our cities and lives.

This is a spirited celebration of the artistic dimension of the automobile, a product that has lost its lustre in recent times but was once seen as a beacon of progress. It unfolds in seven chapters – Beginnings, Sculptures, Popularising, Sporting, Visionaries, Americana and Future – all the while acknowledging that car design develops not in a straight narrative but rather through thematic, often overlapping threads.

We caught up with Foster to see how he came to curate an exhibition on cars, and what are his thoughts on the future landscape of our cities.

As an architect what prompted you to curate a show about the automobile?

I’ve always been passionate about the design of all transport. And as one eminent designer said: to take your pleasures seriously, how would that manifest into an exhibition. There have been extraordinary exhibitions of art and architecture and automobiles, but to my knowledge there has never been one that brings together all those different disciplines.

How did you approach the subject?

The show tells different stories, with the overarching theme that mobility is in a constant state of evolution. In the very first gallery, Beginnings, the automobile is seen as a white knight – it beautifies, it cleans up the city because nobody has the memory of the stench, the disease of rotting horse carcasses and manure. Suddenly, when the automobile comes along the city is beautiful again. It becomes the congestion of the mechanized, rather than living horse. We see the automobile’s evolution as we move through the different galleries.

You’re exhibiting in a building that can be classified as architecture, art, sculpture and one that has had a profound impact on Bilbao. How did you respond to Frank Gehry’s design?

We designed this space without any interruptions to the interior, which is an unspoken celebration of the architecture. 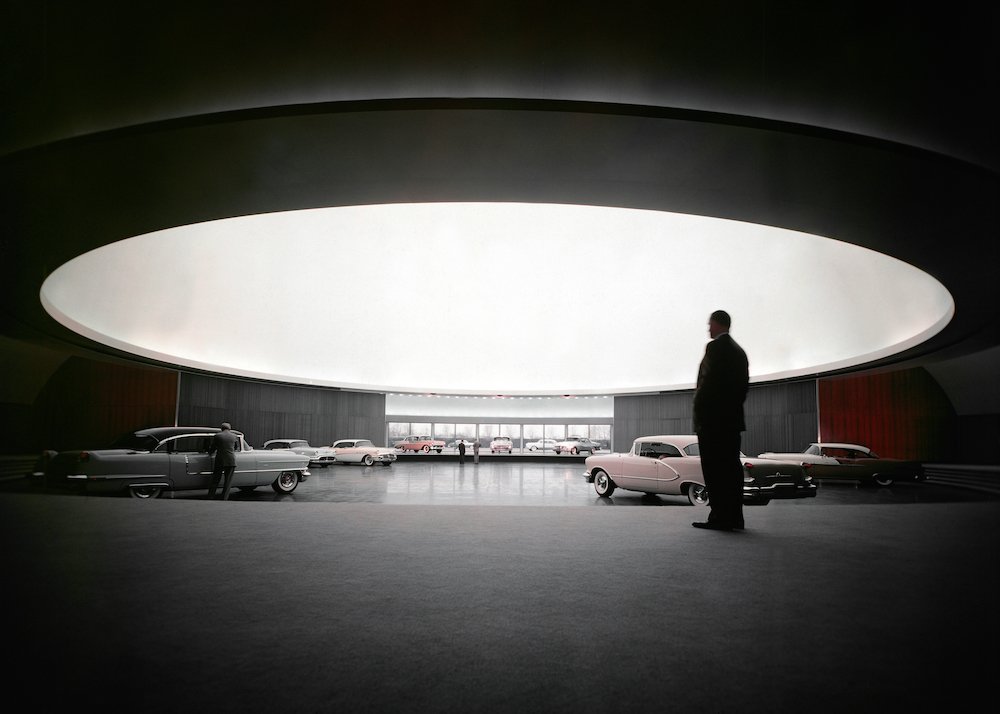 How did you decide on the chosen cars to display?

The two themes are beauty and technology and sometimes they morph perceptively into one vehicle; sometimes they seem to separate. Behind the choice there has been many enjoyable discussions with individuals whose judgements I respect, and this was a team effort with the curators. In the end though, it is a balance, a conscious choice to bring a lot of automobiles to be able to tell the story. And it was subjective.

Among the cars on display are some extraordinary examples: Jean Bugatti’s 1936 Type 57SC Atlantic, Wifredo Ricart’s 1952 Pegaso Z-102 Cúpula, Franco Scaglione’s 1954 Alfa Romeo BAT Car 7 for Bertone, and architect and theorist Buckminster Fuller and yacht designer Starling Burgess’ 1933 Dymaxion. If you had to choose, which would be the most significant to you?

If I had to bring to life any of the cars here it would be the original Dymaxion, which compared interestingly with the Ford Sedan of the period. Bucky (Fuller) was a very close friend of Henry Ford and could get any Ford part at a discount. So, the two share the same transmission and engine but because of its extraordinary streamline shape, the Dymaxion would go faster on less fuel, would carry more people. This was very much a prototype but is an exercise in doing more with less.

What can today’s designers learn from this?

That we have to do more with less, we have to have more mobility, less risk, consuming less energy and it has to be more fun. And as you move through these galleries and see the different colours and shapes historically, you realise there is an incredible richness and variety. There is a very interesting lesson for the future. 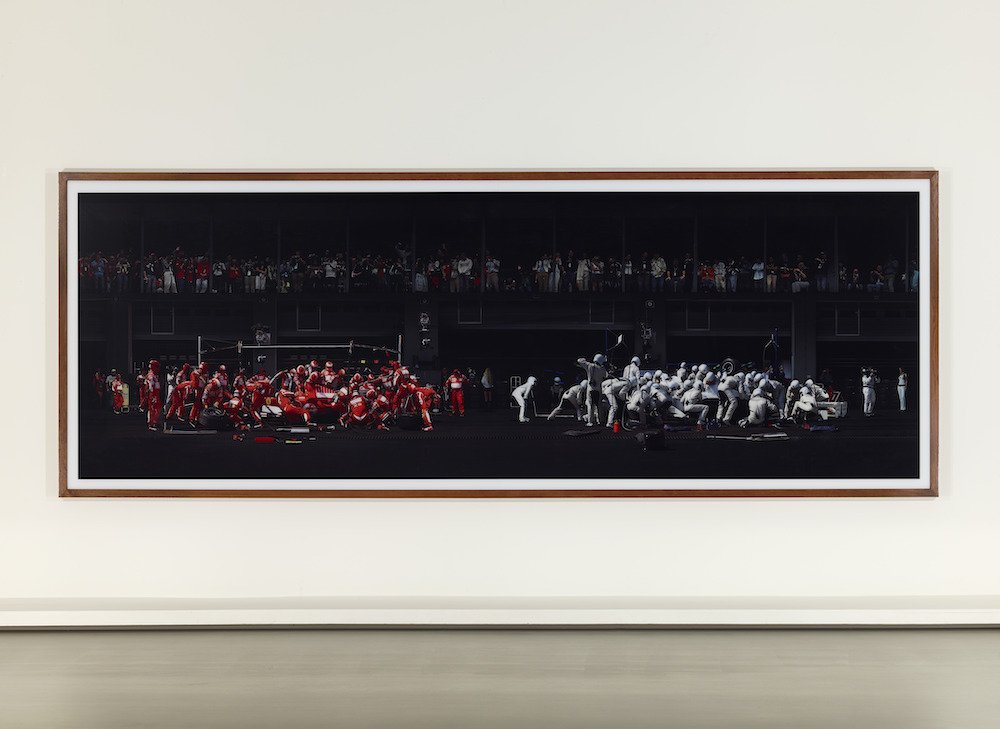 The automobile was once a symbol of progress – you can see this walking through these various galleries. Yet the very product we are celebrating here has lost its lustre; it’s a visual reminder of our congested cities and a planet in crisis. What are your thoughts on this?

We were informally discussing this earlier, that contemporary automobiles are very much lookalikes. Is that because the world is more globalised and with standardised codes and so on? Will the car of the future be a mobile living room, will it be transported nose-to-tail, with cars becoming risk free, will insurance be an industry of the past, or does it become more vulnerable to a cyber-attack? These are interesting discussions.

They say pandemics are punctuation points in history, leading to innovation, progress and ultimately a better world. Are you optimistic?

The history of cities is the history of crises. The cholera pandemic of the mid-nineteenth century magnified trends that were already there: hastening the creation of modern sanitation. The DNA of London, with its brick terraces, was a response to the great fire of 1666. So, what is the lesson today? In the long arc of history this current pandemic isn’t going to change anything; it’s going to magnify the trends that were already here. And the idea that it’s going to kill the city? Forget it! The city, urbanisation, whether you like it or not, is our future. Cities create wealth, opportunities, liberation, education.

And your thoughts on design’s role in building a better future?

Civilisation, the point as a species when we emerged from the cave, virtually everything has been a design issue – creating artificial environments that coexist with nature but also challenge nature. Everything that we see, touch, feel has been designed. If the history of design has created a situation of threatening the planet in terms of pollution, then it is only design which will steer us out of that for a clearer, brighter future. For me, it is a central activity. It is fundamental. The automobile is a significant cultural artefact. We take it for granted, but it has transformed the planet and it can transform it further in optimistic directions.