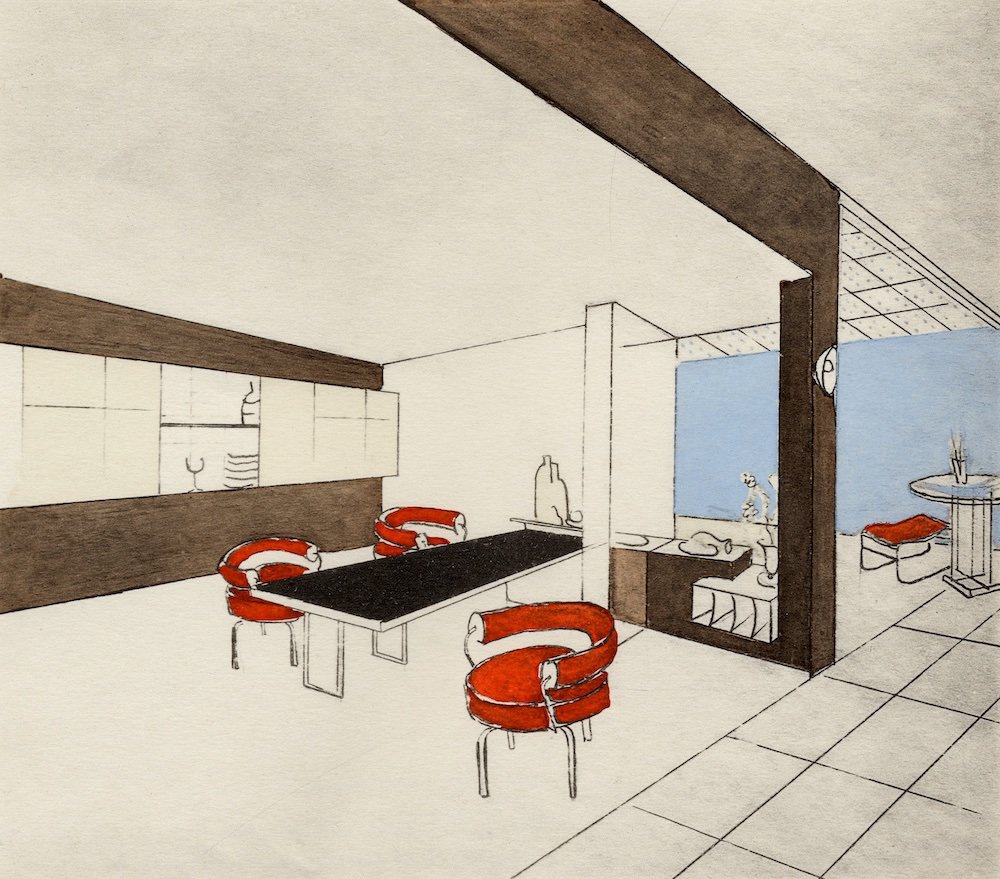 ‘A definition of the word art is the application of new knowledge to ordinary, everyday objects,’ says Charlotte Perriand. Animated, she continues: ‘There is no reason not to do things artfully. You could equally say that a peasant who improves his wheelbarrow has made a work of creation. Art is everything. It is wonderful.’ The video concludes Charlotte Perriand: The Modern Life, an insightful exhibition at the Design Museum on one of the most significant designers of the twentieth century.

Perriand was fearless both in her work and private life. A true pioneer, hers was an elegantly radical approach to architecture and design – be it in how she considered industrial and natural materials with equal fervour, or in the way she saw the potential of design to redefine the modern interior. Over the long arc of her career, spanning much if the last century, Perriand made objects and buildings that helped direct how we live and how we view design. 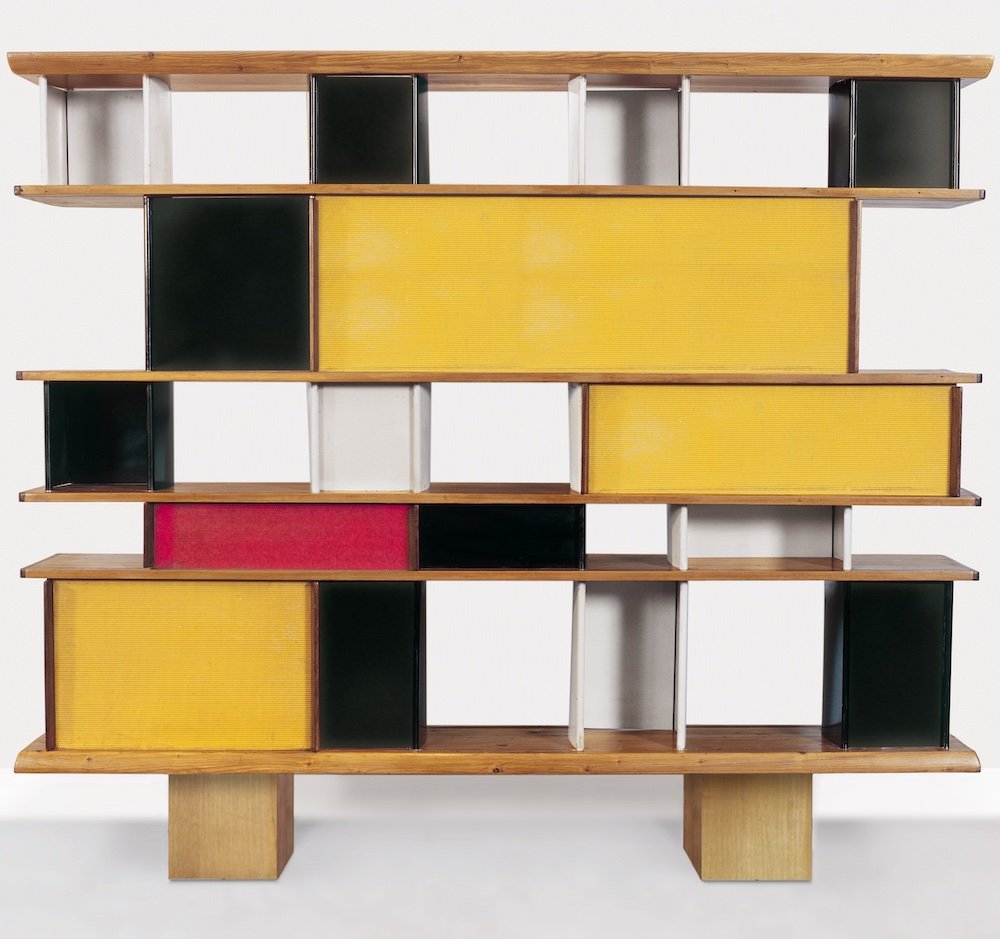 Among her most outstanding contributions to the story of modernism are her tubular steel furniture, namely the Chaise Longue Basculante and the Fauteuil Pivotant, and the now iconic bibliotheques she sketched for the architect and engineer Jean Prouvé’s metal workshop. In her role in building design, Perriand made advanced prefabricated kitchen modules designed to liberate women for Le Corbusier’s Unité d’Habitation de Marseille brutalist residential housing project. Later in her career she designed the grand Les Arcs ski resort with inventive prefabricated rooms to cater for mass tourism.

The Design Museum charts Perriand’s journey through the modernist machine aesthetic to her adoption of natural forms, and later from modular furniture to major architectural projects. Featuring large-scale reconstructions of some of her most interesting interiors as well as original furniture, her photography and personal notebooks, the curators immerse the viewer in Perriand’s creative process. 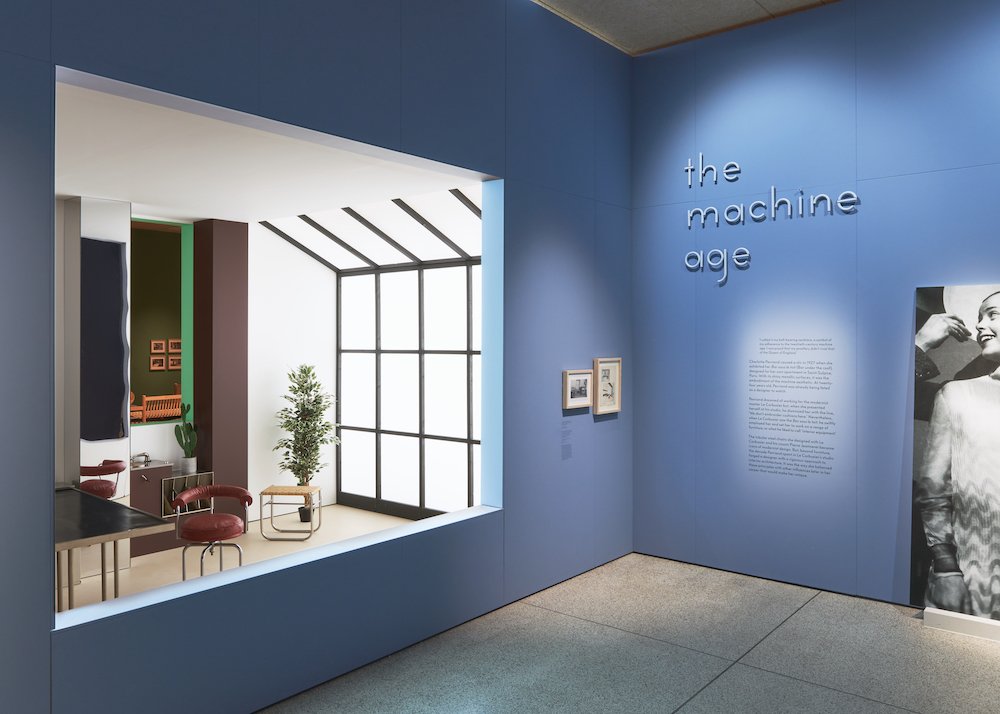 With women largely marginalised from the story of art and design, this is also a timely exhibition. Even someone as influential as Perriand was often overshadowed by her more famous male collaborators. For example, Le Corbusier used her kitchen modules in his Unité d’Habitation without acknowledgement. ‘Yes, she was long overshadowed by her male counterparts,’ admits chief curator Justin McGuirk, ‘but this exhibition presents her not just as a brilliant designer who deserves wider recognition – she was also a natural collaborator and synthesiser. There is so much to admire not just in her work but in the way she lived her life.’ 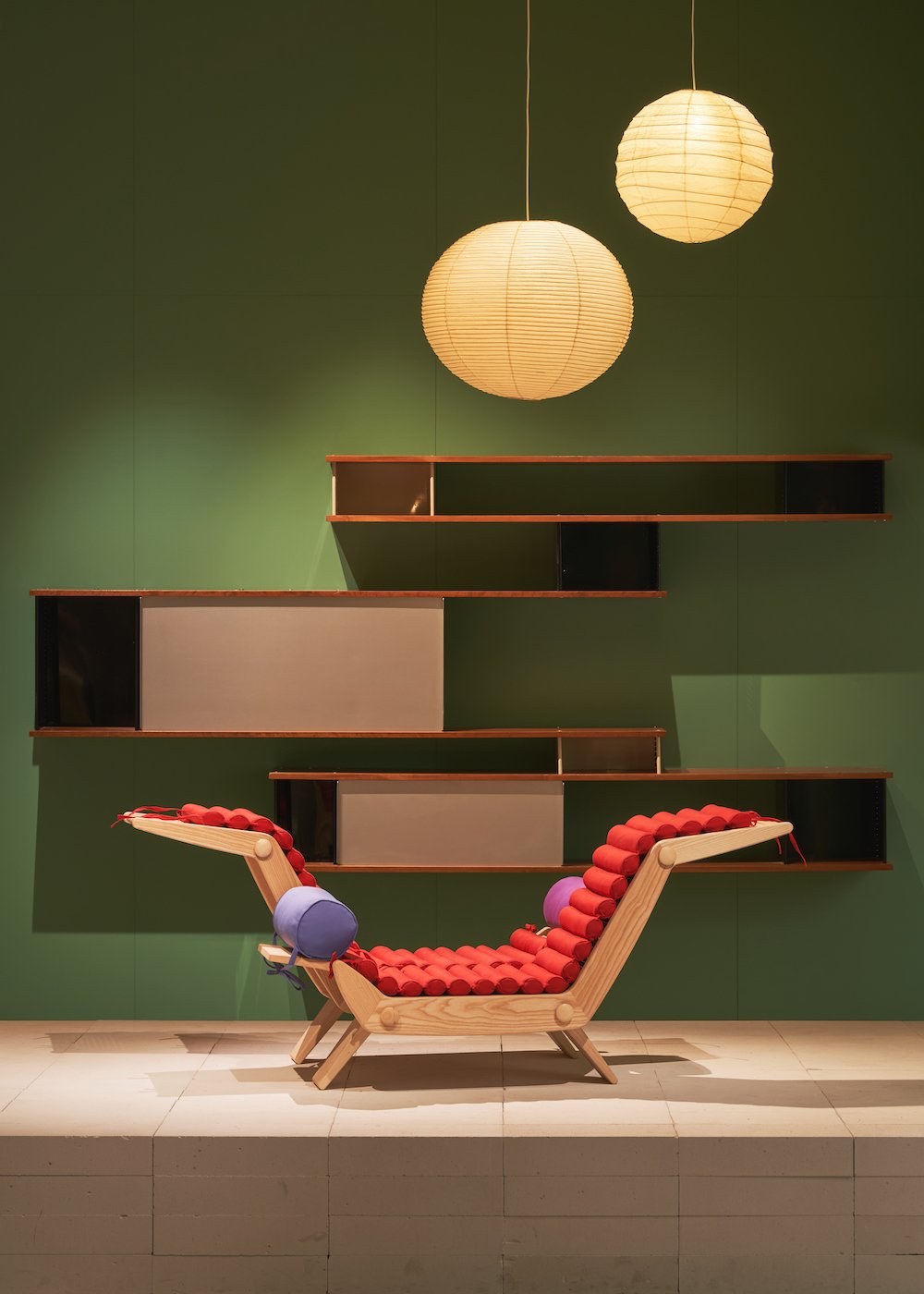 Perriand was born in Paris in 1903 and studied furniture design at the École de l’Union Centrale des Arts Décoratifs. An early project, ‘Bar sous le toit’ (bar under the roof), a minimalist studio replete with a Deco bar she created for herself, attracted the attention of the design community and by the early 1920s she began working at Le Corbusier and his cousin Pierre Jeanneret’s atelier, exploring machine aesthetic and creating some of the early icons of modernism.

By the 1930s, Perriand had begun connecting more with nature and organic forms, an aspect that became more pronounced after her return from Tokyo where she had been invited as an advisor for industrial design to the Ministry for Trade and Industry. Back in France, Perriand collected and documented random objects she found in nature – sculptural shells and stones and driftwood feature in the exhibition halls. Later in a personal manifesto, the ‘synthesis of the arts’, she looked at merging art, design and architecture in the interior, creating some fascinating pieces with her friend the artist Fernand Léger. 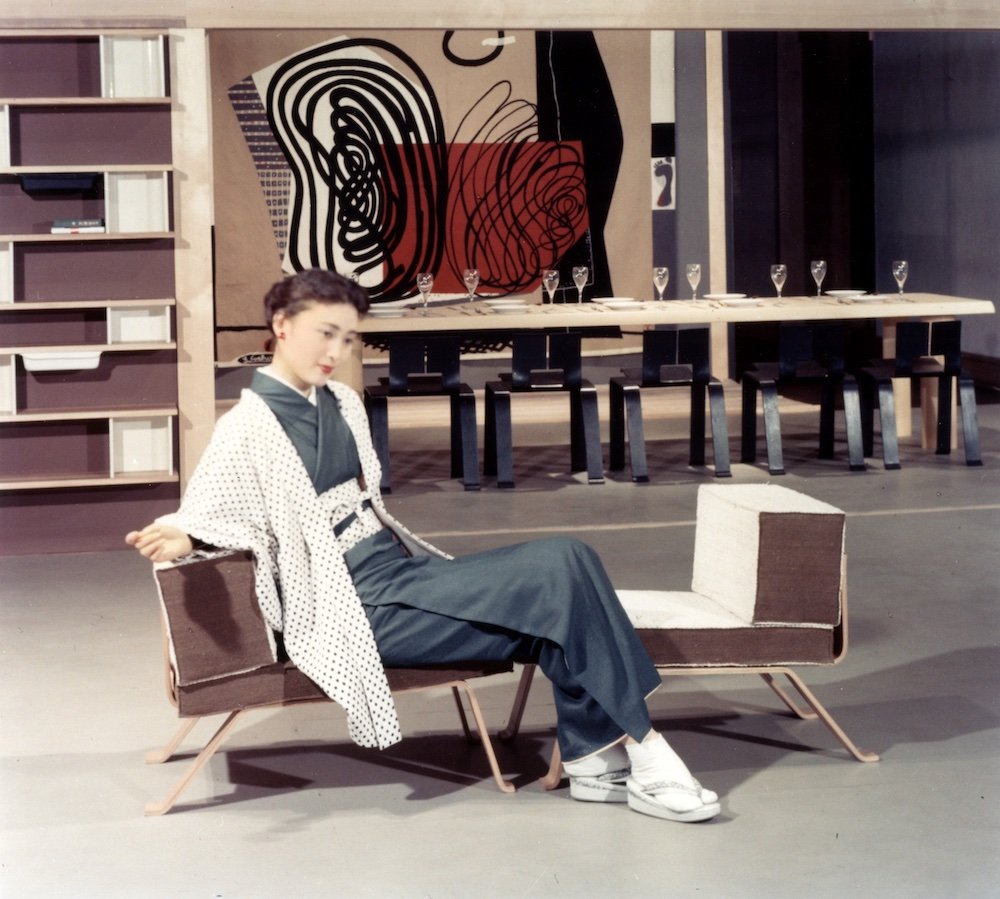 Perriand most important work involves the post-war reconstruction of Europe, where she worked on modular designs and furnishing for affordable and adaptable interiors – some of which have been thoughtfully reconstructed for the exhibition. She wrote: ‘Dwellings should be designed not only to satisfy material specifications; they should also create conditions that foster harmonious balance and spiritual freedom in people’s lives.’

An adventurer and a keen hiker and skier, Perriand’s grandest project must be Les Arcs in France. Developed over two decades, the building explores her radical ideas on design and the role of architecture and aesthetics in shaping how we live. The building itself is an architectural marvel, fitting seamlessly with the contours of the mountainside. Intended to accommodate 30,000 skiers, Perriand worked with prefabricated structures to create thousands of mini apartments which feel warm and generous and are thoroughly modern to this day. ‘There is art in everything,’ she wrote, ‘whether it be an action, a vase, a saucepan, a glass, a sculpture, a jewel, a way of being.’ 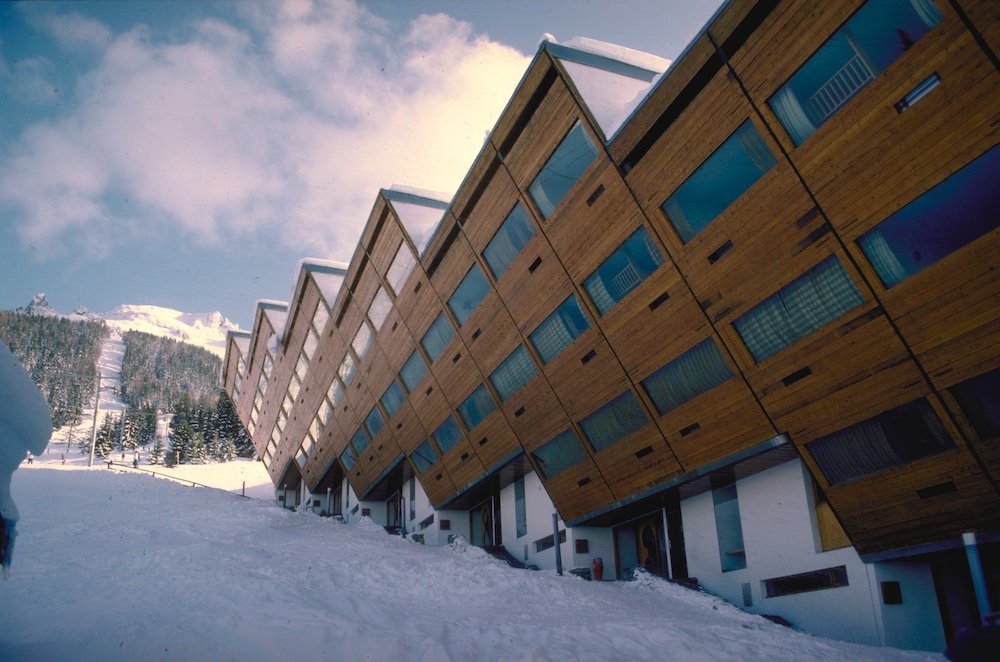 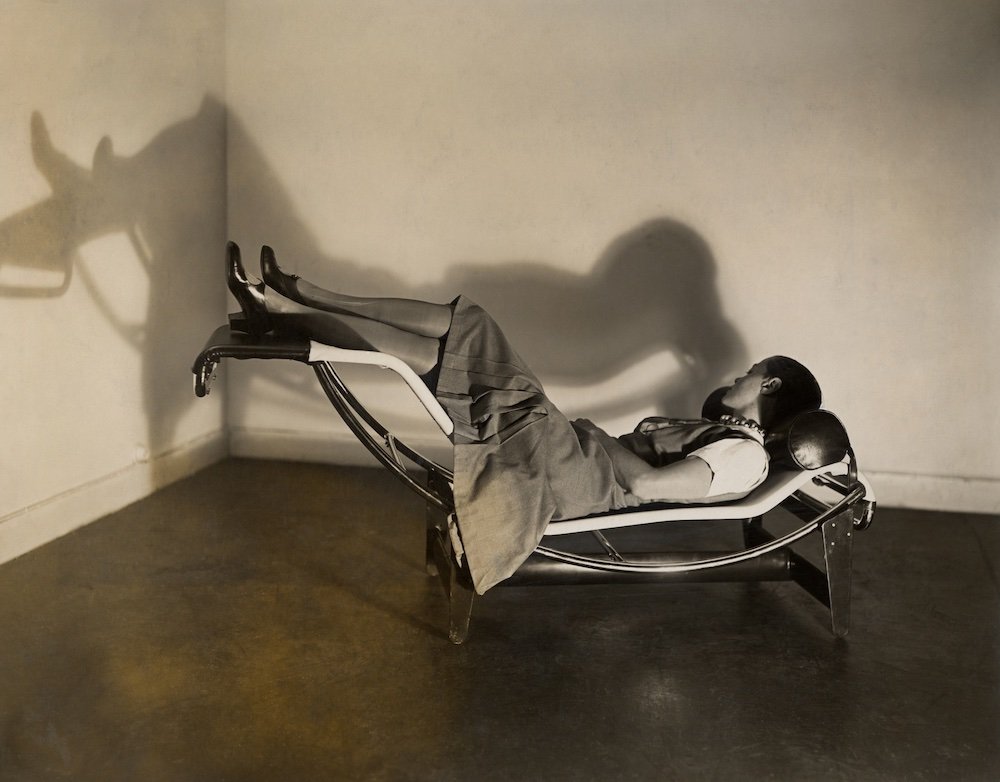