Celebrating the Bauhaus centenary and its enduring legacy 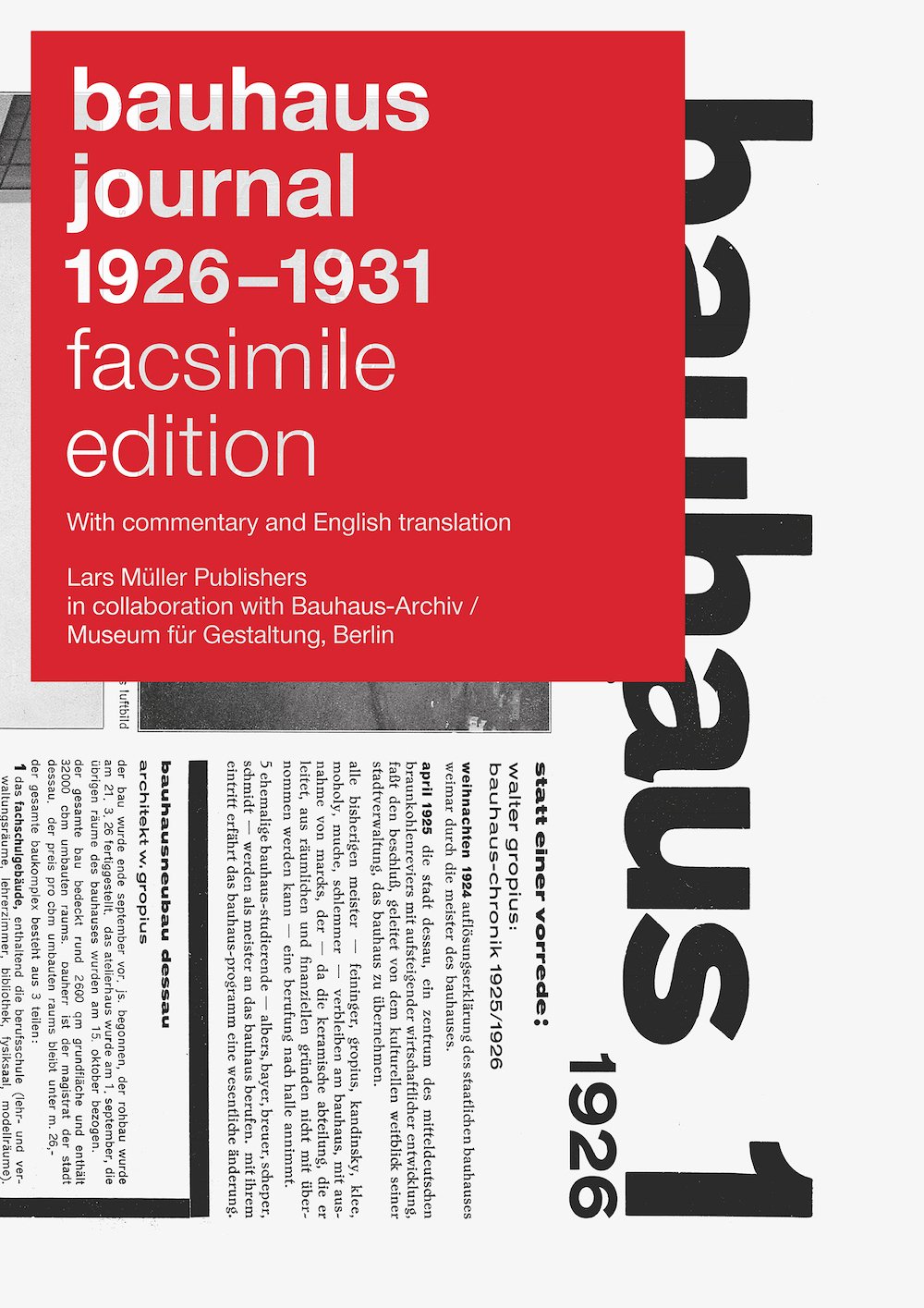 This year the Bauhaus celebrates its centenary. And a hundred years on, this school of art and design born in the sleepy town of Weimar remains the very epitome of modernism. Formed in 1919 in response to the crisis and devastation following the world war, the Bauhaus represented a collective voice desperate to forge a new world order. It was and remains so much more than an art school – it represents a significant cultural movement.

The Bauhauslers championed the power of imagination and freedom of expression. They believed strongly in bringing the art of craft to industry, they explored utopian ideas, celebrated the avant-garde and encouraged free love and creative madness. And long after they were forced to shut down, pressured by the Nazis who saw the progressive ways a threat after assuming power in 1933, as émigrés in London and Paris and New York, their dissident voices continued to be heard. 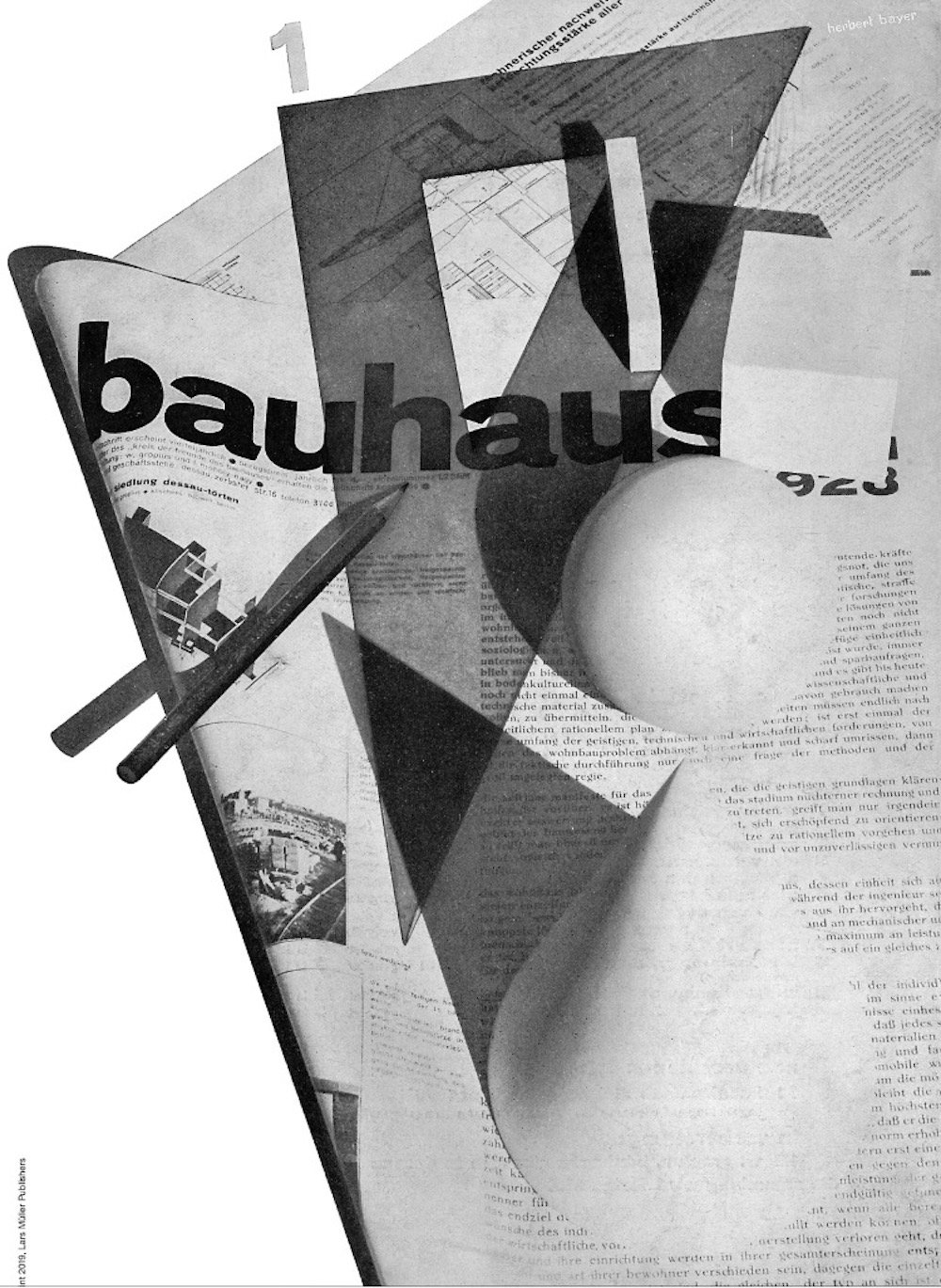 A slew of re-published Bauhaus journals and new books reveal just how enduring the legacy continues to be. The first of the series takes us back in time for insight into the teachings, ideas, and philosophies of the Bauhaus when it was alive with discussion in Weimar, Dessau, and then Berlin. Lars Müller has collaborated with Bauhaus-Archiv/Museum für Gestaltung for ‘Bauhaus Journals 1926-1931’ with edited voices of the key figures of the modern movement in art and design. Josef Albers, Walter Gropius, Wassily Kandinsky, Paul Klee, László Moholy-Nagy, Oskar Schlemmer, Herbert Bayer, Marcel Breuer, Ludwig Mies van der Rohe, Gerrit Rietveld – all feature in this stimulating publication.

They address developments in and around the Bauhaus, the methods and focal points of their own teaching, and current projects of students and masters. The exact replica of all individual issues is accompanied by a commentary booklet including an overview of the content, an English translation of all texts, and a scholarly essay to place the journal in its historical context.

Accompanying this are four beautifully republished journals from the ‘Bauhausbücher’ series, all in their original design. ‘International Architecture’ was the first to start the series with the school founder Gropius offering an illustrative lesson on the theories of the modern architecture movement of the mid-1920s. In ‘Pedagogical Sketchbook’ artist Klee expresses key aspects of the Bauhaus’ guiding philosophies, writing of his desire to reunite artistic design and craft in a tone that moves between the seeming objectivity of the diagram, the rhetoric of science and mathematics, and abstract intuition.

Third in the series by Lars Müller is ‘New Design’ by Dutch painter Piet Mondrian. He begins with a philosophical foray describing art as a figurative expression of human existence, questioning the prevailing hierarchy between painting and architecture, observing the future of his movement, neoplasticism – abstract painting which used only horizontal and vertical lines and primary colours. Lastly, ‘Painting, Photography, Film’ by Moholy-Nagy argues for photography and filmmaking to be recognised as a means of artistic design on the same level as painting. With some fascinating illustrations, the Hungarian makes the case for a functional transformation within the visual arts and for the further development of photographic design options.

All this was before 1933. With the closure of the Bauhaus school, most of its prominent members left Germany in search of new homes, and new schools to teach. They took with them their ideologies, which in turn evolved and changed with their new destinations. Two books explore this post-Bauhaus journey. 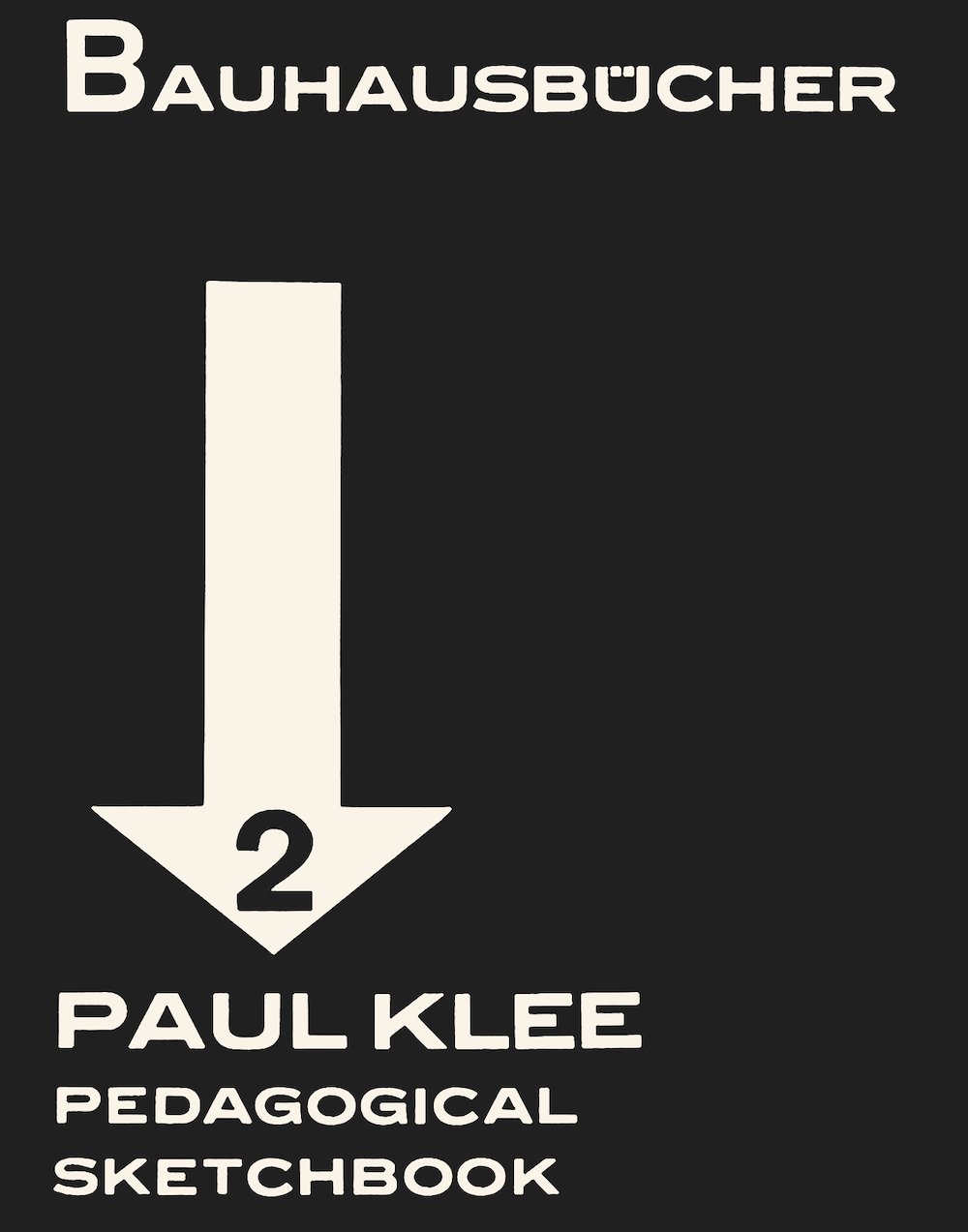 ‘Isokon and the Bauhaus in Britain’ by Batsford narrates the brilliant story of the giants of the international modern movement – Gropius, Moholy-Nagy, Breuer – and their brief émigré life in Hampstead, London before they moved to America. The story centres around the Isokon, the building by architect Wells Coats, where they lived and where they collectively pioneered concepts of minimal and shared living. Isokon’s apartments, restaurant, and bar became a creative hub for writers and artists and designers in the 1930s and 40s. Authors Leyla Daybelge and Magnus Englund paint a colourful portrait of the notorious dinners here, as the Bauhauslers party and discuss advancing the world alongside local creatives – Henry Moore, Barbara Hepworth, Peter, and Alison Smithson, even Agatha Christie was a guest here. 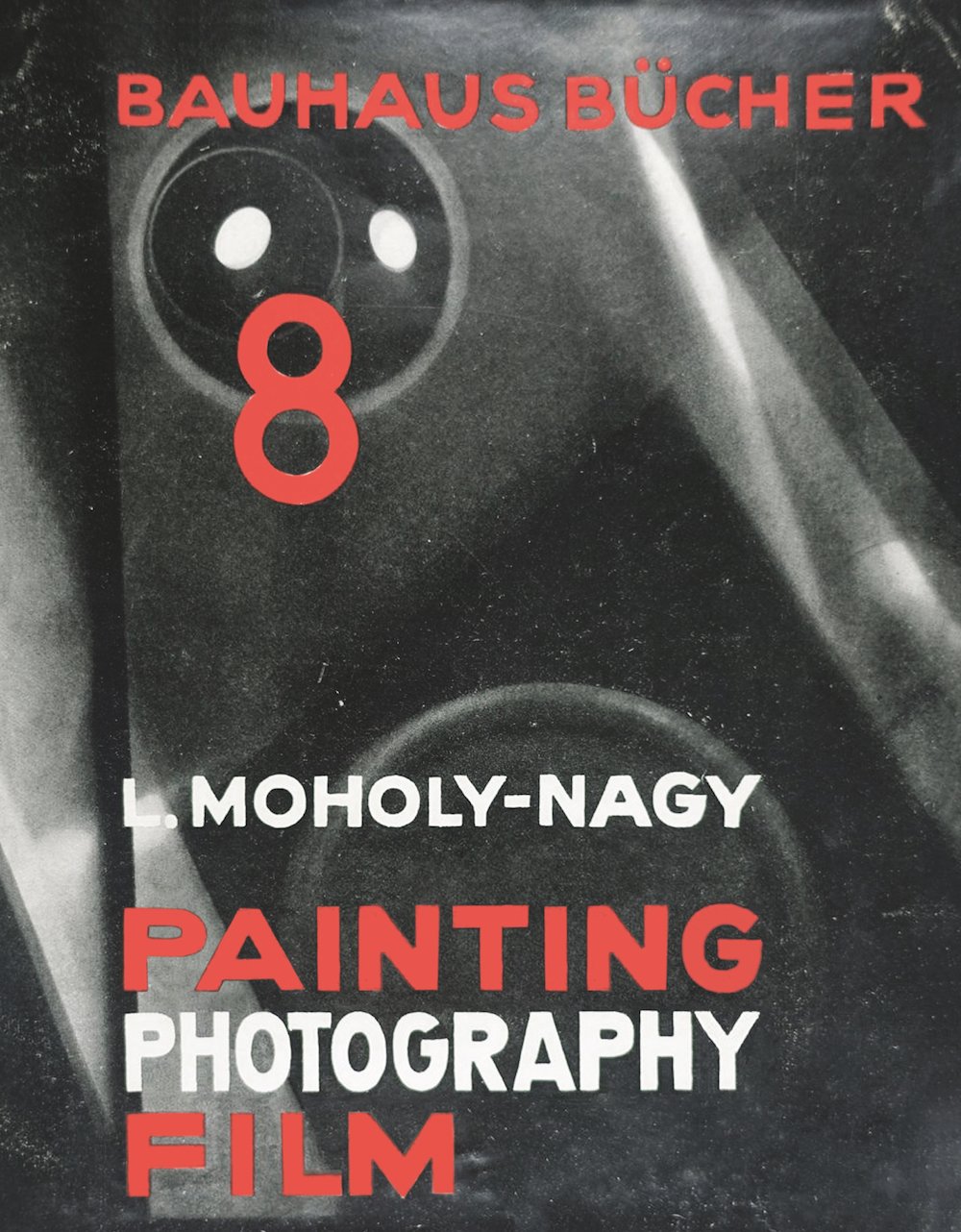 Thames & Hudson’s ‘Bauhaus Goes West’ also explores the cultural exchange between these émigrés and their newly adopted homelands. The general idea is that England wasn’t receptive to the avant-garde in 1933 – possibly a concept backed by the fact that there are few early projects of significance made here. Much like what we learn in the Isokon, author Alan Powers also challenges this notion, suggesting there was a provocative dialogue between the Bauhauslers and local young leaders of opinion here, namely Nicholas Pevsner and Herbert Read. The book follows their journey onto America, where the Bauhaus titans really flourish. Gropius prospers at the Harvard architecture school, Breuer gets to design great monumental buildings, Moholy-Nagy sets up a new Bauhaus school in Chicago, as husband and wife team Anni and Josef Albers shine at the liberal Black Mountain College in North Carolina.

‘To have the gift of imagination is more important than all technology,’ wrote Gropius, reflecting the spiritual origin of the school he founded. Would the Bauhaus have had such an enduring legacy had the school not been forced to close in 1933? This we will never know. Yet what’s clear is that the discussions initiated in this small school of art and design, this school of thought, in Weimar in 1919 evolved and enriched through a broader, international dialogue with artists and designers and philosophers and writers from London to Paris, New York, Tel Aviv and beyond. 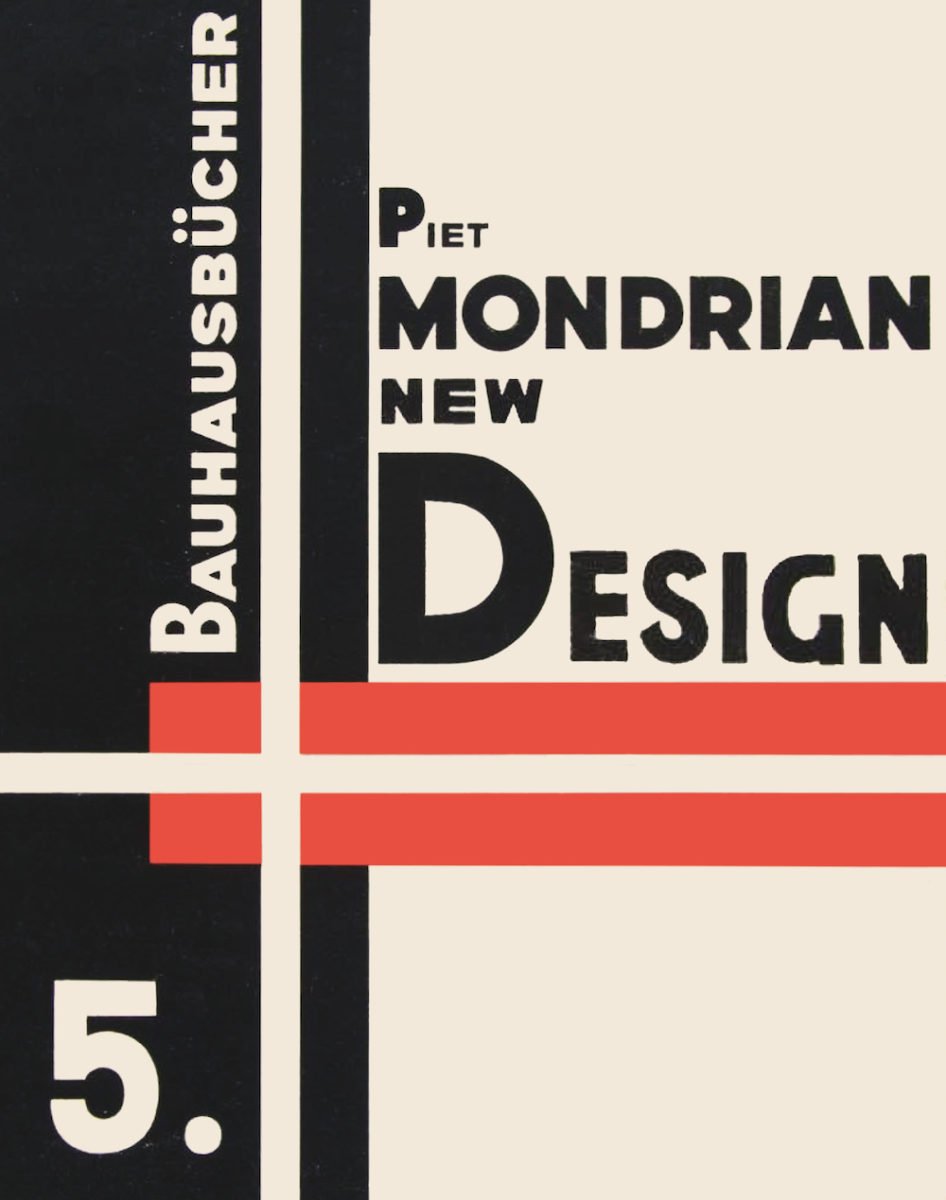